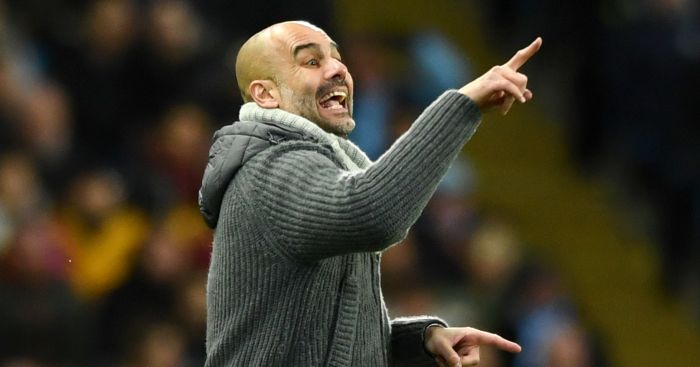 City have won their last three games against Mauricio Pochettino’s side but Guardiola is taking nothing for granted after Friday’s draw, which also saw last year’s beaten finalists Liverpool receive arguably the most favourable tie after being paired with Porto.

Manchester United face a daunting tie against Barcelona, although caretaker manager Ole Gunnar Solskjaer will enjoy another trip to the Nou Camp, where he scored the winner in United’s Champions League final win over Bayern Munich in 1999.

United were drawn as the away team for the first leg but the tie had to be reversed, UEFA stipulating in advance following advice from local authorities that they and City could not play at home on successive nights.

United and Liverpool will meet in the semi-finals if they reach the last four, with Tottenham or Manchester City facing the winner of the quarter-final between Ajax and Juventus.

The ties between Liverpool and Porto and Tottenham and Manchester City will be held on April 9 and 17, with the other quarter-finals staged on April 10 and 16.

Manchester City won both of their Premier League ties with Tottenham last season and also beat Mauricio Pochettino’s side at Wembley earlier in this campaign. The two teams meet again in the league just days after the second leg, on April 20.

“We know each other quite well, we have played (Spurs) in the last years many times so we have a lot of respect for them,” Guardiola said.

“Tottenham, huge respect because I know them quite well. They can use different systems, how good they are up front with Son (Heung-min), (Harry) Kane, Dele Ali, with the quality from (Christian) Eriksen. It’s a tough side but any other team in the Champions League would be the same.

“Any team has its strong points and weak points, the same as us. We must try to discover that.

“What I want is to come back from the international break with people fit, ready to play the last month and a half with everybody making his own contribution because if we are able to get to the semi-finals (of the FA Cup), April is incredible with the fixtures we have, a lot of games, and everybody will be necessary to play.”