Home Manchester City Guardiola: ‘Next step’ for Grealish is to match Mahrez and Foden 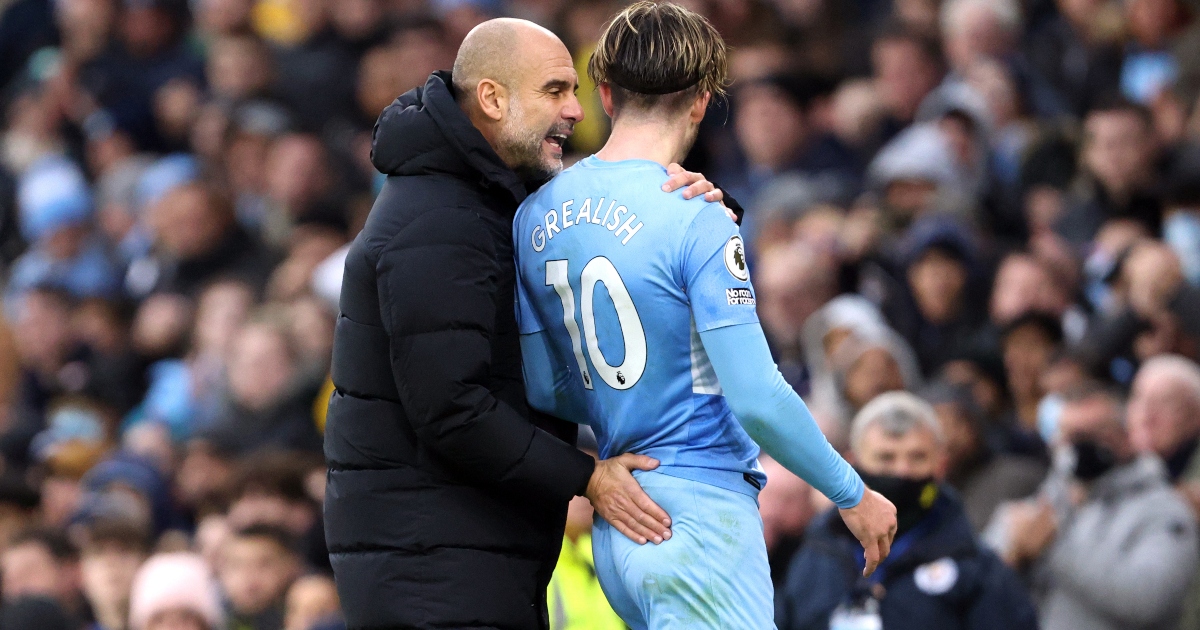 The Premier League champions demolished their city rivals on Sunday to go six points ahead of Liverpool in second.

The first half was competitive; however, City ran away with it in the second 45 minutes after Riyad Mahrez’s brace added to Kevin De Bruyne’s brace.

Guardiola told BBC Sport: “It was excellent from the first minute. We played really well and had to be patient in the first step.

“Ralf [Rangnick] tried to change the mentality for Man Utd to be more aggressive but we made space, especially in the second half, to play behind [Scott] McTominay and Fred.

“Football is emotions. It’s tactics, definitely, but it’s also emotions. Without the ball, we are a team with desire and passion to regain the ball from the first minute to the 90th.

“We also want the ball as much as possible and, especially, second half we used it very well.”

On Grealish’s performance, the Spaniard said: “He was excellent. [At one] moment he will understand in the final third, ‘this ball is from me’. He is very generous.

“When you see Phil [Foden] and Riyad [Mahrez] in that moment, it is their ball. This is the next step for Jack, but in terms of decision making, and using players in space, he was exceptional.”

“We played really well. Kevin [De Bruyne] is back; after the injuries, he was struggling for rhythm. But now he is scoring goals, playing with power. He is one of the top players in the world, but he still runs and works hard, I’m so proud of this guy.

“I’m not from Manchester, but I know what it means to our fans to win the derby. We should have scored more goals.”