Home All The News Guardiola: No complaints over United style 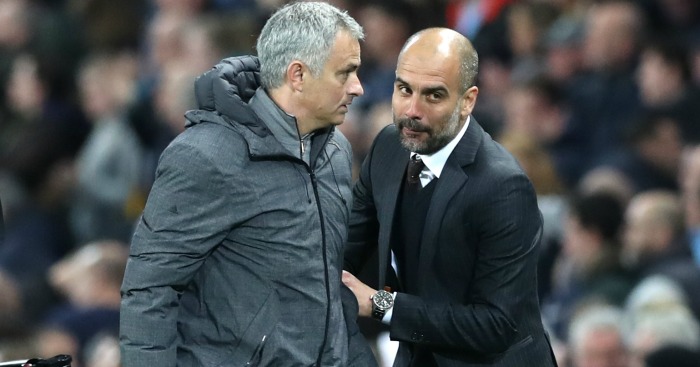 Pep Guardiola refused to be drawn over Man Utd’s tactics in the derby draw on Thursday but admits City’s efforts were “not enough again”.

City dominated possession at the Etihad but Guardiola’s side failed to breakdown United’s stubborn resistance, despite Marouane Fellaini’s red card late on for a clash with Sergio Aguero.

The hosts remain in fourth place, one point ahead of United in the race for the Champions League spots.

He said: “I’m pretty sure United came here to try to win the game. I think I never met one team, one opponent, one player who start to play a game thinking we’re not going to win the game.

“We have tried to monopolise the ball, a little bit Latin style. We played to win the game, we were not able. It’s one point and the big fight will be on until the Watford game.

“I’m not here to judge what my opponents want to do, it would not be respectful.

“We made absolutely everything, not just in the last few minutes of 10 v 11. We tried but it was not enough again.”

Guardiola did not want to get drawn into a war of words with Mourinho about the Fellaini-Aguero incident.

The City boss said: “Next question. I’m not going to talk at my press conference about an action that was in the last minutes – it did nothing to change the game – so nothing.”