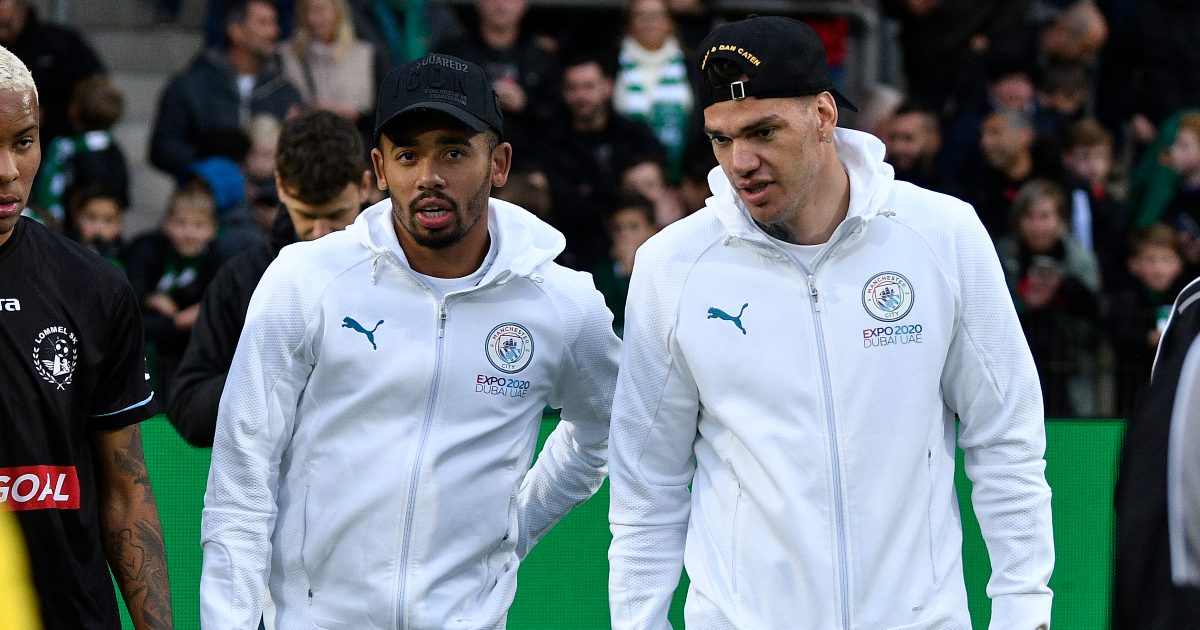 Manchester City boss Pep Guardiola has revealed that they plan to see how Ederson and Gabriel Jesus “feel” before they face Club Brugge.

Both players featured for Brazil during the international break. The South American side played three times during this stretch, with their last game being on Friday against Uraguay.

Ederson and Jesus started against Uraguay and they helped their side win 4-1.

Given the timing of the international fixture, Ederson and Jesus were unavailable for Man City’s game on Saturday against Burnley. Guardiola’s side won 2-0 thanks to goals from Bernardo Silva and Kevin De Bruyne.

The two players flew straight to Belgium after facing Uraguay. This is ahead of Man City‘s Champions League group game against Club Brugge.

As reported by BBC Sport, Guardiola has revealed that Ederson and Jesus will be assessed prior to this midweek game:

“We see the protocols, they couldn’t land here unless they isolate ten days. We will join them in the hotel and tomorrow they will do preparation, maybe play, maybe not and then come back tomorrow,” Guardiola said.

“I’m sure they will feel good because they recovered really well, they will train there and we will see tonight how they feel.”

Guardiola went onto suggest that vaccines should be used for the “better for society”:

“It’s private, The club knows and players know. I have my own opinions, I trust the doctors and scientists.

“If they say it’s the best way to protect the people, myself and my family have done it.

“The doctors will talk with the players individually and they decide. If the doctors around the world say it’s the best way to eradicate it.

“We see in England how many deaths and people are still suffering.

“We have to move forward, use the masks, use the vaccines for better for society.”

Guardiola later stated that Club Brugge have “a lot of quality” in attacking areas:

“What we have seen is physicality and they know what they have to do. They have a lot of quality up front. We go there, we have four games left and 12 points to fight for to qualify for the last 16.

“This is the target and our mentality will be the same. We want to make them adjust and control the game with how we play.”