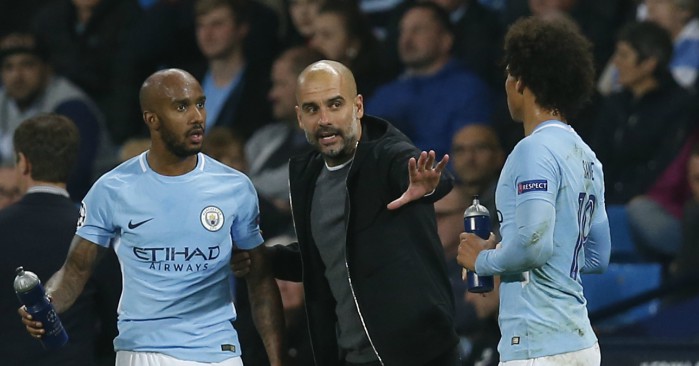 Pep Guardiola insists that Germany’s decision to leave Leroy Sane out of their World Cup squad “may make him stronger”.

Sane was a surprise omission from Joachim Low’s 23-man squad for Germany’s defence of their world title.

The decision seemed to backfire as Germany were eliminated at the group stage of the tournament for the first time in their history, finishing bottom below Sweden, Mexico and South Korea.

But Guardiola believes that is “the past now”, and Sane can use it to continue his development.

“Leroy has to accept that this decision may make him stronger. He’s so young and in two years it is another European Championships and then in four years another World Cup,” the Manchester City manager said.

“I think it’s the past now. The national trainer decided what’s the best for the national team.

“Leroy has to accept it and move forward. He has the chance to show the national team from Germany and first of all us, he has another season to show his quality.

“He has to improve his game, try to keep the levels he showed last season. We are so happy to have him here.”