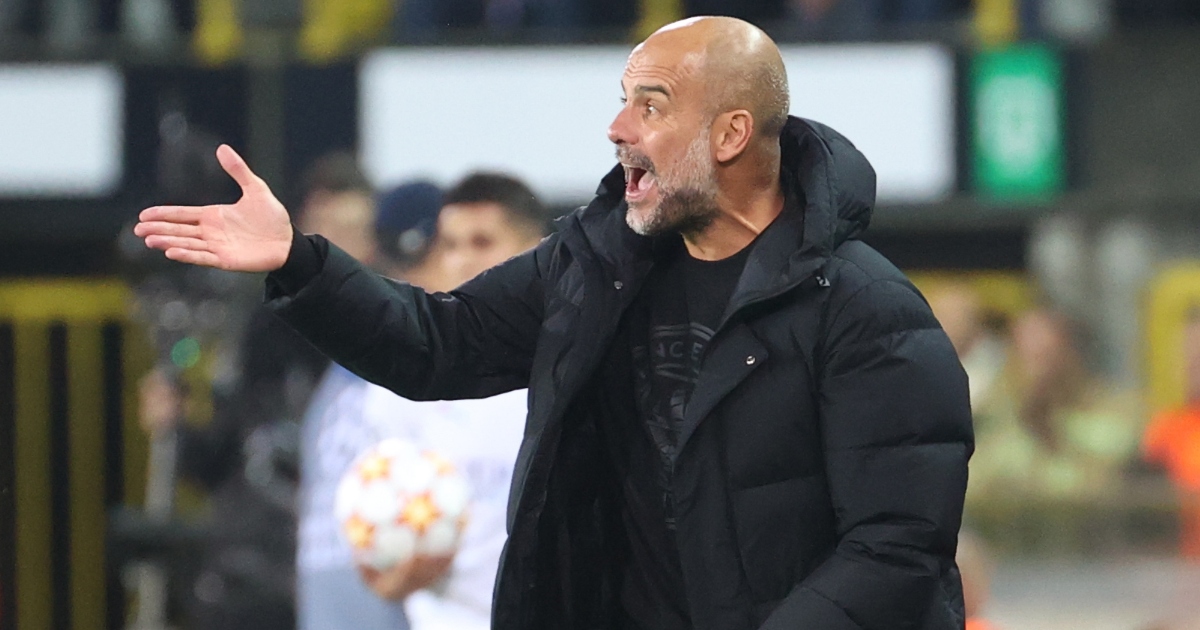 Manchester City manager Pep Guardiola believes that “nobody can beat” his side when it comes to statistics.

The Citizens have been one of the most dominant sides in world football since the Spanish manager took charge in 2016.

This season they are competing with the likes of Liverpool and Chelsea for the Premier League title.

The Reds are currently top of the league, one point ahead of Man City who have won five of their first eight matches.

City face Brighton at the Amex Stadium on Saturday, whilst Liverpool take on Manchester United at Old Trafford.

At his latest pre-match press conference, it was put to Guardiola that his side struggle following a midweek European tie.

Guardiola’s side have failed to win any of their last four league matches directly following a Champions League match.

“In statistics nobody can beat us, I’m sorry.

“I see how the team is, how they trained today, how they behaved in the last games.

Meanwhile, AS believes City, PSG and Bayern Munich are all better placed to land Erling Haaland than Real Madrid.

ESPN also claim the player’s agent, Mino Raiola, is asking for more than £30million a year for his client, which breaks down to around £575,000 a week.