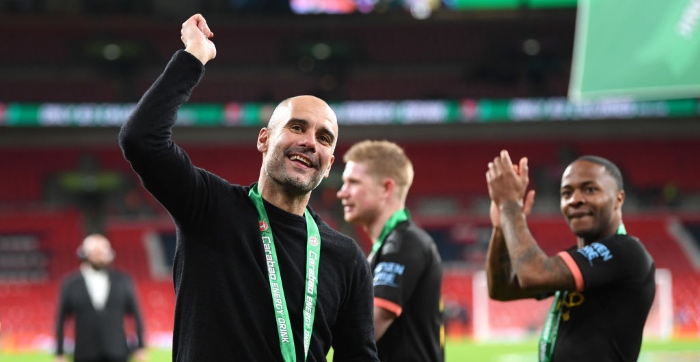 Pep Guardiola insists the consistency of his Manchester City side is “incredible” after they won their third consecutive Carabao Cup title.

City dominated the majority of the game and goals from Sergio Aguero and Rodri were enough to overcome a dogged Aston Villa side 2-1 at Wembley.

England youngster Phil Foden was handed a rare start as Kevin De Bruyne was left on the bench, and Guardiola picked out the 19-year-old for special praise.

Guardiola said: “Three times in a row is a big success. It’s the consistency, incredible.

“The game was good. Phil was clinical. Big success, our second title of the season with the Community Shield, it’s so nice.