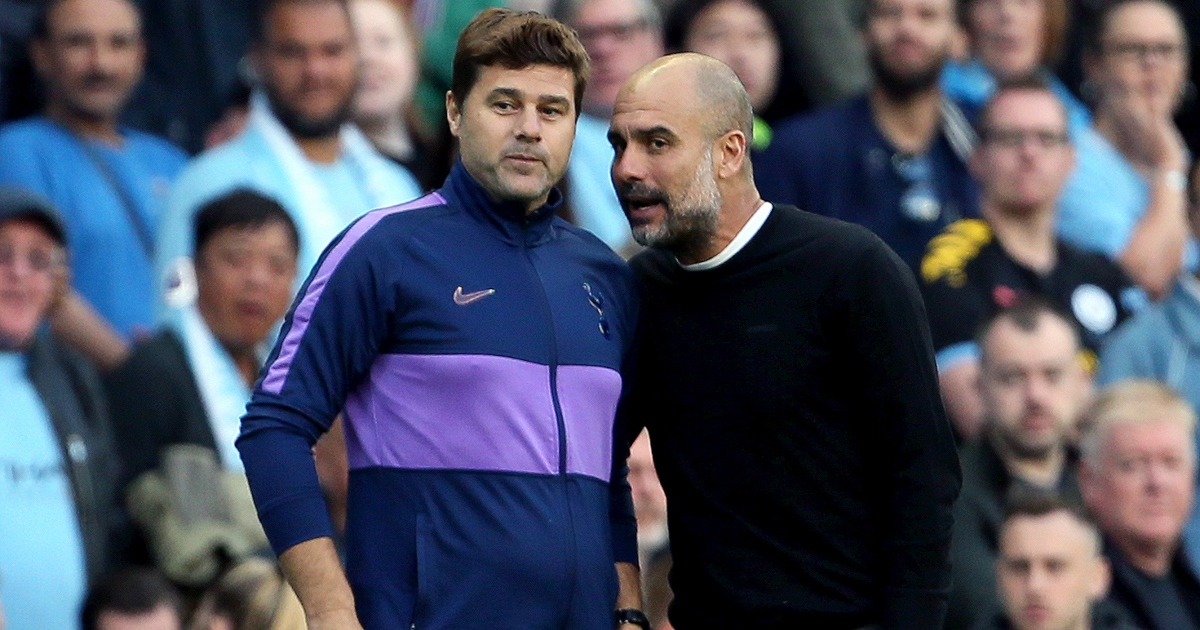 Guardiola and Pochettino will face off at the Etihad on Wednesday evening in a Champions League group stage encounter.

The PSG boss has been linked with the vacant job at Manchester United this week following the sacking of Ole Gunnar Solskjaer.

However, his only silverware as a manager came last season, winning the Coupe de France with the Parisiens.

Guardiola said: “You can be a top manager and not win titles. The managers that have the chance to win the titles are at top, top clubs with good investments and exceptional players. Otherwise, for a manager, it is impossible to win.

“That doesn’t mean the managers in the Championship or not in the top six of the Premier League cannot be excellent managers in tactics, communication, leading. It’s not necessary to win titles.”

Pochettino did not win a trophy in his five years at Tottenham and he missed out on both Ligue 1 and the Champions League after taking over at PSG in January.

He could change that this season with his side 11 points clear in the French title race and Guardiola feels he is a better manager than in the past.

Newell's legend Mauricio Pochettino, now manager of @PSG_English, was sent the latest Newell's Old Boys 3rd shirt (a tribute to his old teammate Diego Maradona) with his name and number on the back.

He said: “I’m pretty sure the managers get better. Every season we go through you have a lot of learnings and I’m pretty sure he’s an excellent manager.”

On his previous meetings with Pochettino, the Spanish manager said: “It’s completely different – different countries, players, shapes. Even with the same manager and same team from one year it can be different – new players, many things can happen.

“The situation is different, completely different to Tottenham when he was there.”

Meanwhile, Man Utd are understood to be ‘confident’ that they can bring Pochettino to Old Trafford. This is according to the Manchester Evening News, who claim the deal is moving closer.

The Argentine ‘wants to manage Man United and is prepared to leave Paris Saint-Germain mid-season to join them’ with the French side ‘demanding £10million in compensation’.