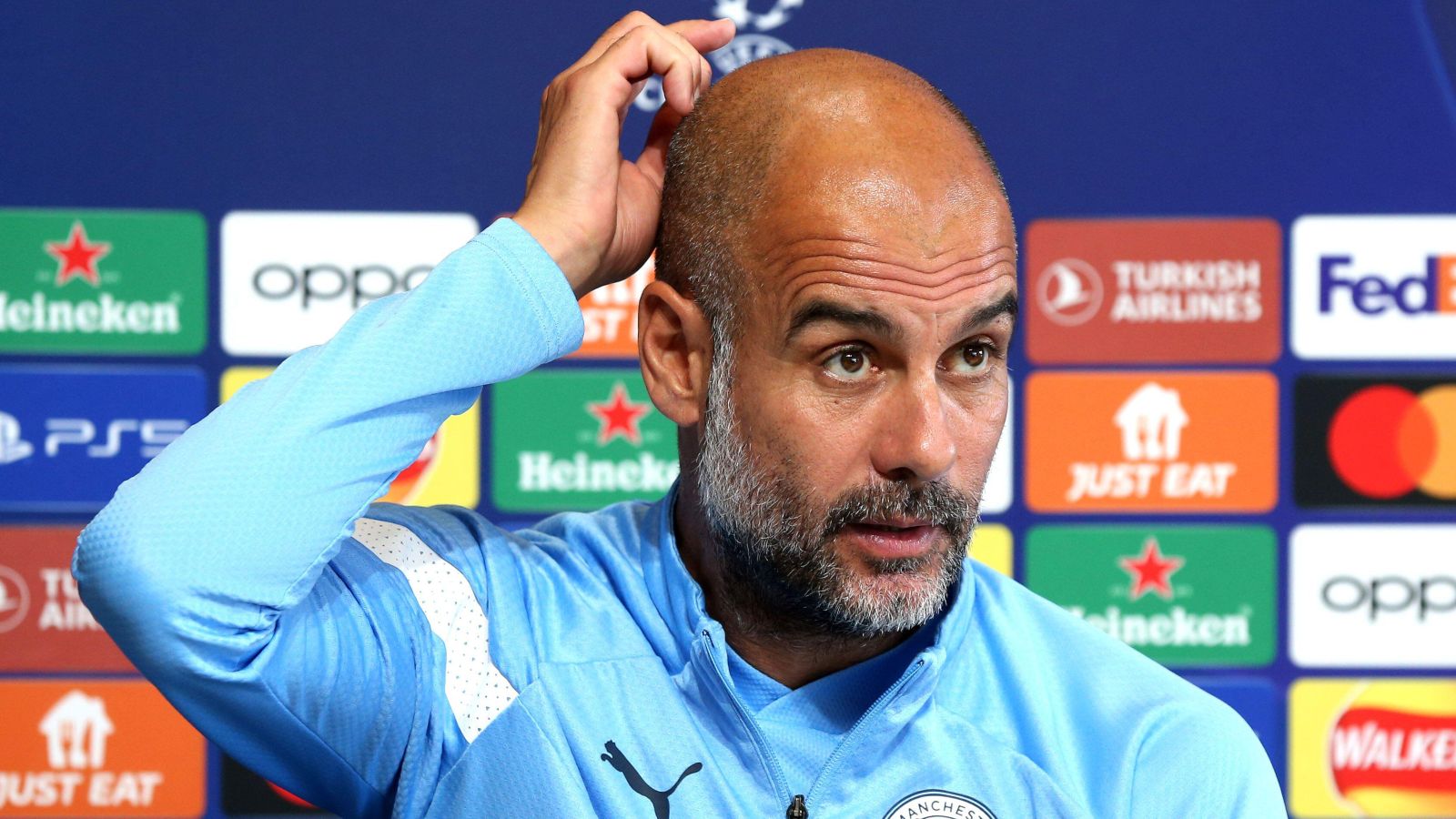 England defender John Stones is back in contention for Manchester City’s Champions League clash with Borussia Dortmund on Wednesday.

Stones missed last week’s opening Group G victory at Sevilla with a minor knock but has trained ahead of this week’s encounter at the Etihad Stadium.

Fellow centre-back Aymeric Laporte was also involved as he continues his recovery from knee surgery, but the game will come too soon, while right-back Kyle Walker is still sidelined.

Laporte is yet to feature this season having played through pain in the closing games of last season and then had his operation in the summer.

Guardiola added: “It was his first training session today but he looks good. He moves really well.

“I spoke with the doctor. He needs a little more volume on his leg but in general he is going really well and we are happy for that.”

Tuesday’s game will see Erling Haaland, who has made a stunning impact since joining City this summer, and fellow new signings Sergio Gomez and Manuel Akanji face their former club.

Guardiola continued: “They know these players better than I know Dortmund players, that’s for sure.

“They can get that benefit but we’ll see tomorrow if it’s an advantage or disadvantage, but these three know the qualities of the Dortmund players too.”

On how often his players try to find Haaland on the pitch, Guardiola said:  “It is not what we have to do, it is when we have to do it. That is why football is difficult. Managers are overrated in terms of their influence; the game belongs to the players; they can do it however many times they want and they can express themselves as they want.”

When asked whether he would’ve preferred to play Saturday’s postponed match against Tottenham after the death of Queen Elizabeth, Guardiola replied: “It is what it is. I think everyone in the country, we’ve seen the images, the coverage for the passing of Queen Elizabeth.

“Everybody paid their respects individually, as she deserves. For tomorrow, what [Uefa] decide to do [to mark the occasion] will be perfect.”