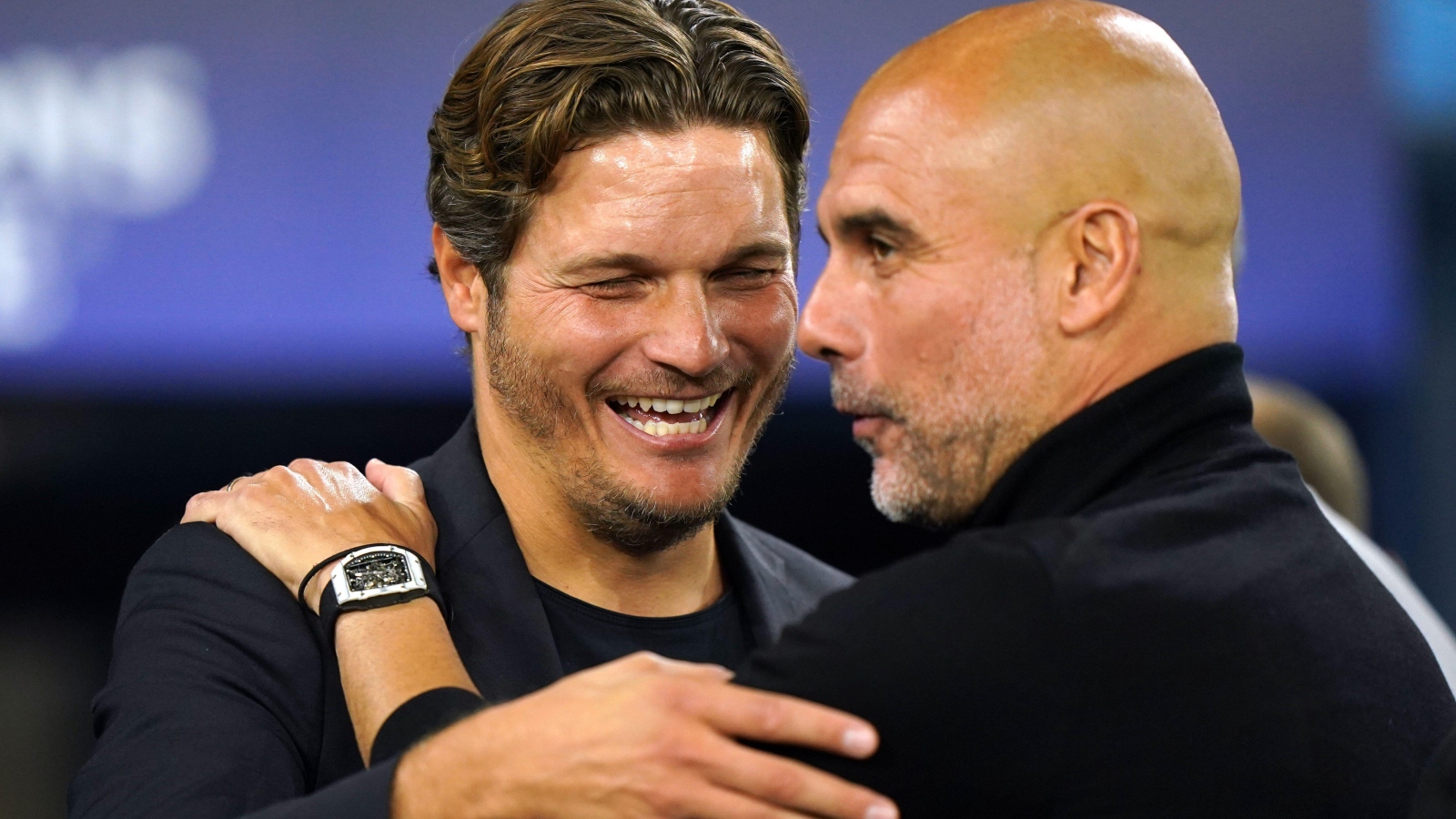 Pep Guardiola has said Jude Bellingham is “an exceptional player” amidst Man City’s reported interest in the Borussia Dortmund and England midfielder.

There was some summer interest from several clubs in signing the 19-year-old this summer, but Dortmund issued a hands-off warning.

Bellingham is believed to be very happy with the German club – who have a great reputation for developing young talent.

The English international scored against City in the Champions League on Wednesday as his side lost 2-1.

His former Dortmund teammate Erling Haaland was unsurprisingly on target as he scored a spectacular winning goal in the 84th minute.

Guardiola compared Haaland to Zlatan Ibrahimovic and Johan Cruyff after his goal. Not the worst of comparisons to receive.

There is a lot of speculation surrounding Bellingham with his departure expected to come in 2023.

Dortmund will likely slap an asking price north of £100million on their talented midfielder.

All of Europe’s elite are interested, with City, Liverpool, Real Madrid and Man Utd all reportedly ready to battle it out for his signature next summer.

Guardiola was impressed with Bellingham’s performance against his side this week, and in his post-match press conference, the Spaniard called him “exceptional”.

“I was impressed two seasons ago when he was 17!” Guardiola said.

“He’s able to defensively follow [Ilkay] Gundogan or Kevin [De Bruyne] in the pockets and win the duels. The transition is fast, have the sense to get in position in the box for the goal he scored.

“An exceptional player. I think everyone knows it, not just because the manager of Manchester City is going to tell you.”

A report on Thursday morning revealed that Liverpool are leading the race to sign Bellingham.

The Reds are expected to battle alongside City and Madrid next summer.

Transfer guru Fabrizio Romano has said the signing of Bellingham was “impossible” this summer, but believes it will be a “crazy race” in 2023.

“For both Real Madrid and Liverpool, it was impossible to sign Bellingham this summer because, (at the) end of May, the directors at Borussia Dortmund were very clear with Liverpool and other clubs who approached for Bellingham,” he said on his YouTube channel.

“No way, there was going to be no negotiation.

“They will try to dream about keeping Bellingham in summer of 2023, but they know it’s not going to be easy because next summer for Bellingham, there is going to be a crazy, crazy race.”