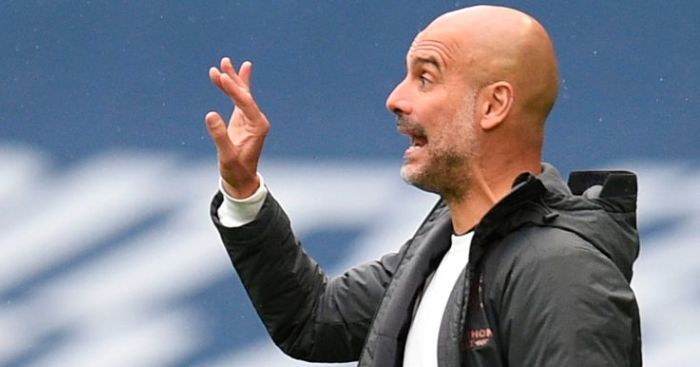 Man City have failed to retain their Premier League title, falling well short of Liverpool’s points tally. However, Guardiola’s side have reminded everyone how good they can be recently, beating the new champions 4-0 and clinching a win by an even bigger margin against Newcastle.

After the 5-0 win over the Magpies, Guardiola maintained that City have performed well throughout the whole season, despite being more than 20 points behind the leaders.

“We played really good [in] all the games but unfortunately dropped points,” Guardiola told BBC Sport. “In general the way we are playing and the performances are really good.”

The win against Newcastle was another opportunity for David Silva to cement his legacy as a Premier League legend. The midfielder, who is leaving at the end of the season, scored City’s fourth goal.

And Guardiola praised his compatriot once again for the qualities he brought.

“David Silva is a huge competitor, playing in the small spaces he is a fantastic player. He played really good.”

The former Barcelona boss added that he always wants his side to try and score highly in games. It is the second time City have scored five goals in a single game since the Premier League restarted.

Of the high-scoring approach, Guardiola added: “Always we try to do it, for respect for the competition and our opponent.

“It is good to score five goals again. One point ahead to qualify for the Champions League.”

Despite the impressive performance at the Etihad Stadium, Guardiola admitted that the lack of fans is making it less enjoyable.

Games are taking place behind closed doors to prevent the spread of Covid-19, and Guardiola is looking forward to when the virus is weak enough for fans to return to the stadiums.

“We miss the fans a lot. It is not the same,” he admitted. “When the virus is weaker and it is safer to come back, we will see together.”