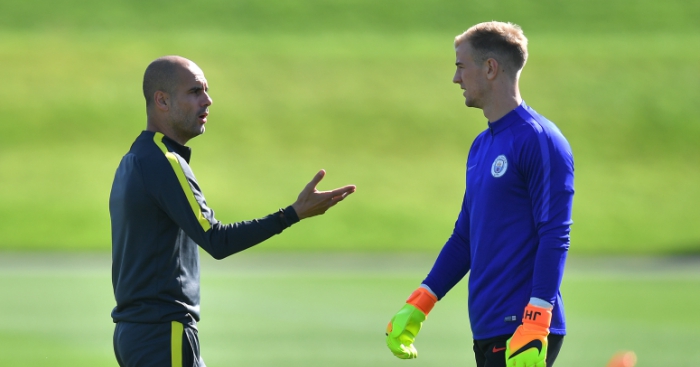 Hart has not featured for City in a competitive fixture since his only appearance under Guardiola in a Champions League qualifying tie in August 2016.

An underwhelming loan spell at Torino was followed by another poor temporary stay with West Ham, with Hart unable to find a permanent new home.

The 31-year-old has one year left on his contract at the Etihad Stadium, and Guardiola says the club hope to “find a solution” soon.

In the meantime, Hart has impressed in training and is set to feature on the club’s pre-season tour of the United States.

“Joe is our player. I know it’s not easy for him, ” said Guardiola.

“In his situation he’s here and we try to find a solution – and if not he’ll stay here.

“He is one of the most incredible professionals I’ve ever met. He’s training like a young guy of 18 years old.

“I know it is not easy for him what happened in the last period, but he’s with us and tomorrow he’s going to play.