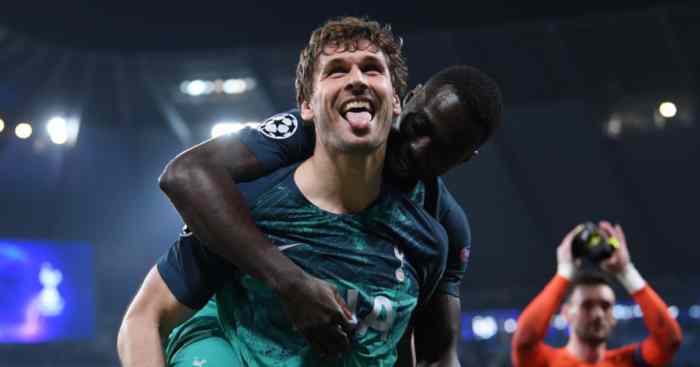 Pep Guardiola has questioned the decision to award Fernando Llorente’s goal as Manchester City lost a dramatic Champions League tie on away goals.

First Llorente’s crucial third goal for Spurs, which turned out to be the one to send them through, was allowed to stand after referee Cuneyt Cakir checked footage and ruled that the striker had not handled the ball prior to it hitting his hip and going in.

The scenes of celebration resembled those that followed Sergio Aguero’s famous title-winning goal in 2012, but the mood soon turned sour as replays showed Aguero was marginally offside and it was chalked off.

Guardiola, who saw his side’s quadruple hopes crumble, has been a big advocate of VAR in the past, but questioned the Llorente decision.

“I support VAR,” he said. “It is just to see the goal maybe from Llorente’s handball.

“From one angle it is handball. From another it is not. I am for fair football.

On Sterling’s goal being ruled out, he added: “I don’t know, I saw the action and the people decide it is offside, it is offside. What can I say?”