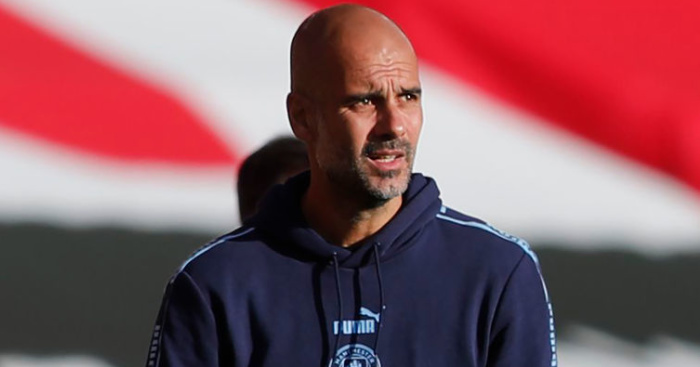 Pep Guardiola pinpointed the one key area his Man City side must improve in if they are to challenge Liverpool for the Premier League title next year.

Man City slipped to a 1-0 defeat versus Southampton despite enjoying the overwhelming majority of possession and taking over 20 efforts at goal.

Speaking following the match, Guardiola said: “One mistake and they punished us. After, we created a lot. 10 players behind the ball and we conceded few chances.

“We played a really good performance but it was not enough.”

City conceded via a superb long-range Che Adams effort, but the goal would not have been possible had Ederson not had a starting position so far outside of City’s box while in possession.

Guardiola did not place the blame at Ederson’s feet, however, stating: “We use our keeper for build-up, to play, play better. Ederson gives us a lot and, the mistake was the mistake but we didn’t lose for that reason.

“It happened many times this season, the amount of chances that we have, we have to try to score.

“Next season will be next season. Try to score more goals, avoid conceding chances we have.

“The control is there, The way we play is there. [We must] Try to increase these kind of things.”

See how all the action unfolded between Southampton and Man City via the F365 score centre.

Despite the defeat ensuring Pep Guardiola lost three consecutive away league games for the first time in his managerial career, Bernardo Silva defended the performance.

“I honestly think we played well today,” the Portuguese playmaker told the BBC. “We created plenty of chances but we couldn’t score.

“Then little mistakes cost us the game. Overall I think 88 minutes of the 90 were spent on the Southampton half of the pitch.

“Congratulations to them. We didn’t play a bad game, we started well, the second half especially we put a lot of pressure but today we couldn’t score, we couldn’t finish our chances.

“I think we need to improve the mistakes we made today, the little mistakes that cost us a goal.

“And a few chances that they had but overall the way the team played it was good.”