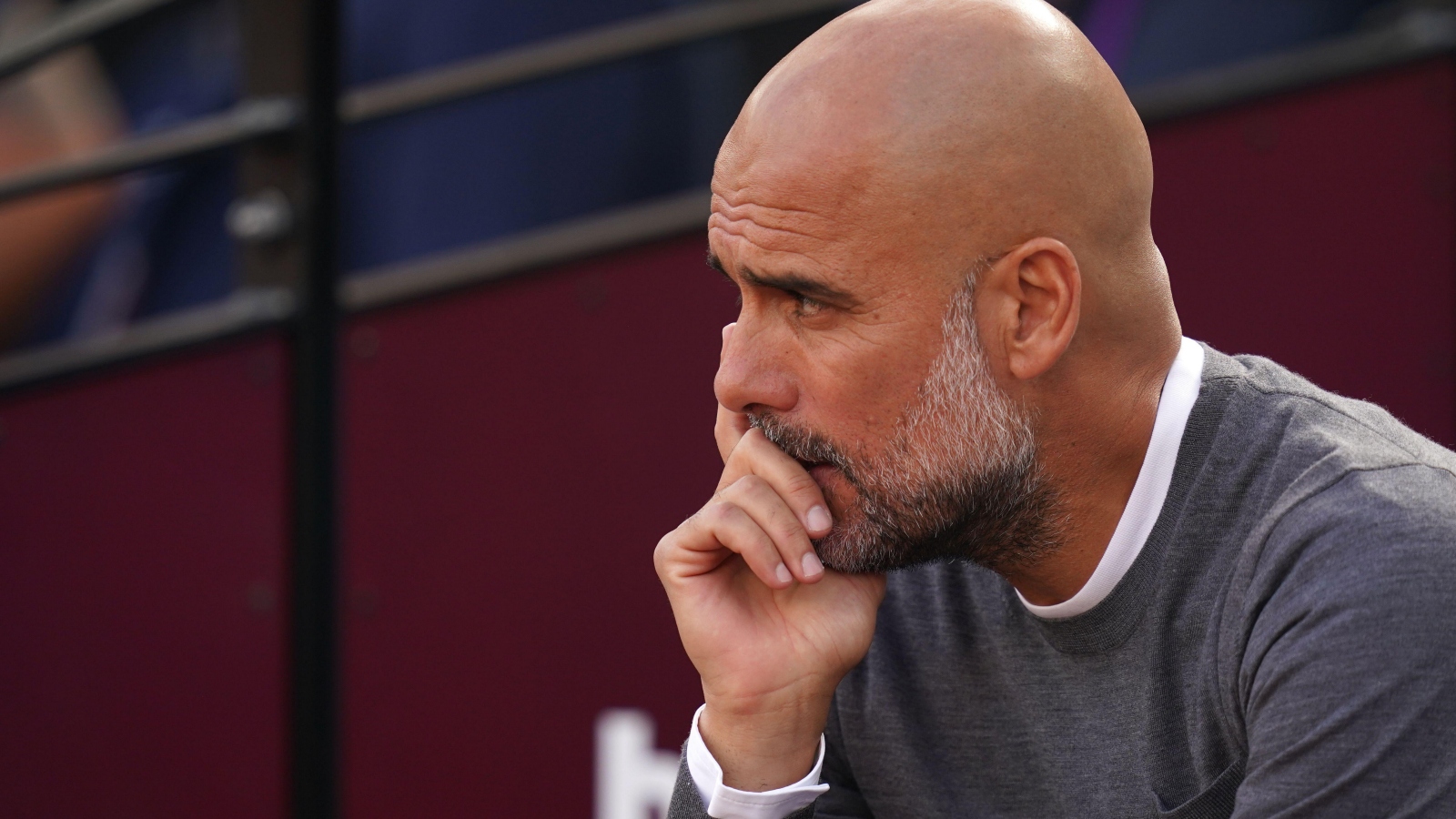 Pep Guardiola has confirmed that Sergio Gomez will not leave the club on loan after his transfer to Manchester City is finalised.

The Premier League champions are close to concluding a deal for the 21-year-old after agreeing an initial £11million fee with Belgian side Anderlecht this week.

City had earmarked Gomez as a development player and were considering sending him out on loan to gain experience but Guardiola’s squad is currently short of senior left-backs.

The departure of Oleksandr Zinchenko to Arsenal has left Joao Cancelo and Nathan Ake as their only senior specialists in the position, with youngster Josh Wilson-Esbrand another option.

“He is going to stay with us and he will be with the squad,” Guardiola said during a press conference on Friday. “Joao, Josh and him, (they will compete) for left-back.”

Gomez caught the eye playing at Anderlecht under former City captain Vincent Kompany last term. He joined the Belgian club a year ago from Borussia Dortmund.

Guardiola said: “In the (Under-17) World Cup five years ago, Phil Foden was the best player and he (Gomez) was the second-best player. He played in Spain Under-21s and he was a young talent for the academy of Barcelona.

“He went to Dortmund and didn’t have much minutes but in the last year played under the good hands of Vincent Kompany and Anderlecht, and he played really well. We targeted him and we could bring him here.”

Haaland, the headline capture, made an immediate impact with two goals on his Premier League debut against West Ham last weekend.

Guardiola has been impressed with how the 22-year-old Norwegian has settled but he feels the £51million man is still far from the finished article.

He said: “He is an exceptional player. It is not necessary to tell everyone, everybody knows it, but we are just a few weeks together.

“He is an incredible competitor, he wants to win and we are going to take this path together.

“But Erling, like Julian or Phil Foden or Cole Palmer, they have a lot of margin to improve. I would not like to make Phil, or Erling, (because he is) an exceptional player, (think) that it is done.

“I think he can be better and I think he has the will to do it.

“I never saw a player at 21 or 22 years – maybe (Lionel) Messi was already – but for the rest it is never finished business. Always you can improve.

“We’ll try to finish this season, next season and when he finishes his career here (with him) saying, ‘I’m a better player than when I arrived’.”

City host promoted Bournemouth in their first home game of the new season on Saturday and Guardiola expects a testing afternoon.

“Newly-promoted teams in the first phases (of the season) are so difficult for the fact they don’t feel the pressure,” said the Spaniard, who has an injury doubt over Phillips.

“They are still with an incredible mood for the previous season. They have nothing to lose, they give everything.”