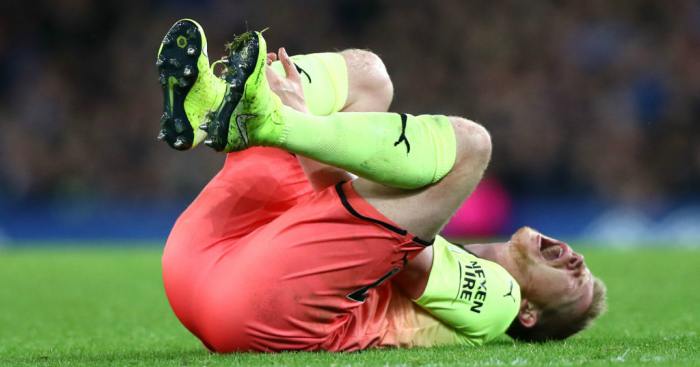 Pep Guardiola has confirmed that Kevin de Bruyne has been ruled out of Manchester City’s Premier League clash with Wolves on Sunday.

The Belgium playmaker missed the midweek Champions League clash against Dinamo Zagreb with a groin injury sustained in the latter stages of last weekend’s victory at Everton.

The problem is not thought to be serious but manager Guardiola has confirmed he will not be taking any risks this week.

Speaking at his pre-match press conference, Guardiola said: “Tomorrow he is not fit. After the international break he will be ready. It is not a big problem.”

Defender John Stones also remains on the sidelines but Guardiola added that he is hopeful the England international will also be fit to return after the upcoming international break.

City take on a Wolves side at the Etihad Stadium that were in action in the Europa League in Turkey on Thursday.

Nuno Espirito Santo’s side have endured a difficult start to the season because of their European commitments and have won just one Premier League game.

But Guardiola is taking nothing for granted.

He said: “Nuno knows how to handle it. Yesterday they made an incredible result. I think they have a big squad and they know what they have to do.”