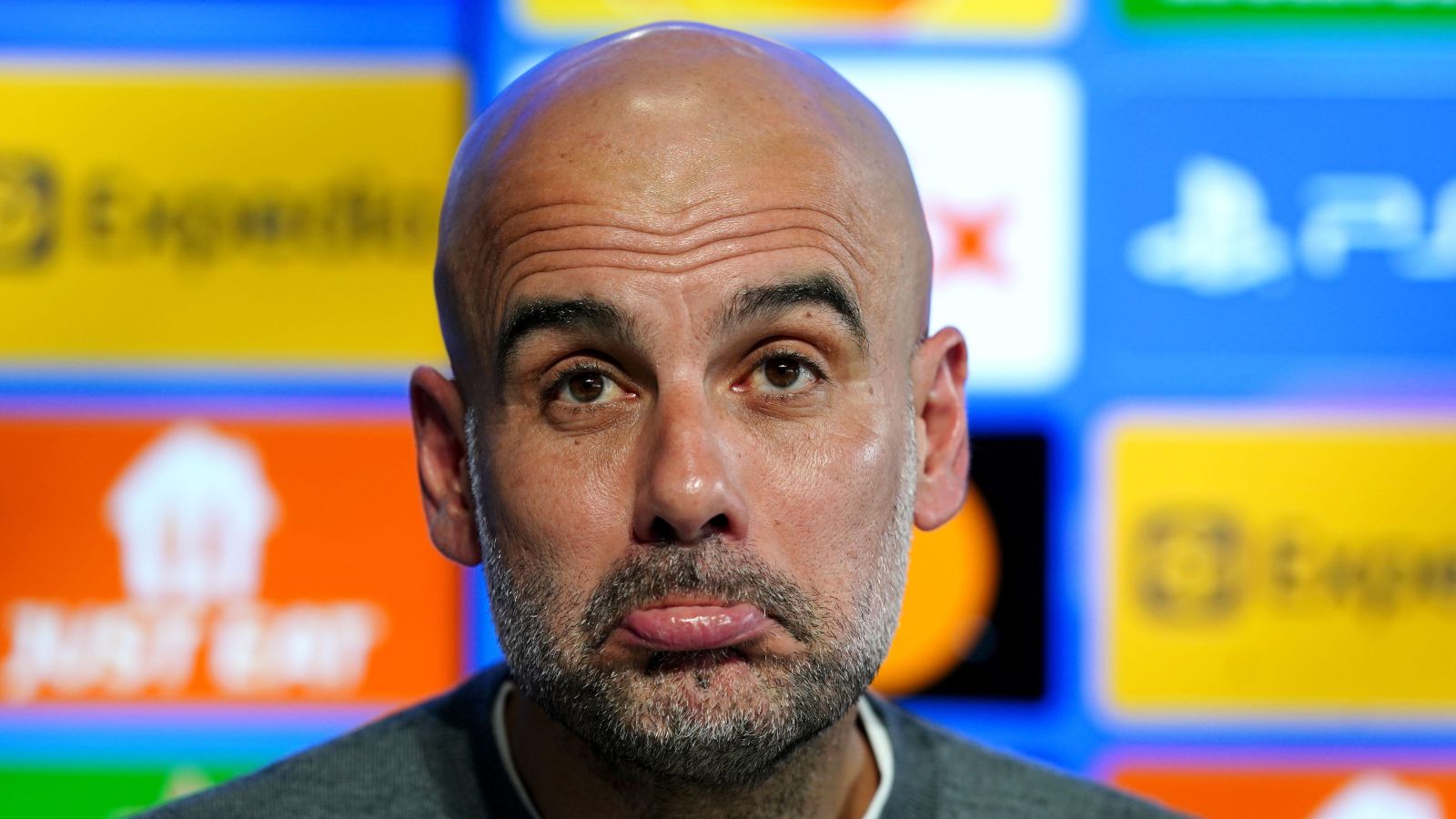 Pep Guardiola has revealed that Man City right-back Kyle Walker will travel to Madrid for the second leg of their Champions League semi-final clash with Real Madrid on Wednesday.

The Citizens take a 4-3 lead to the Bernabeu tomorrow as they look to reach the Champions League final for the second time in two seasons after losing to Chelsea in last campaign’s showpiece event.

John Stones, who Guardiola has confirmed will not be fit for their return leg in Madrid, started the first leg at right-back before Fernandinho filled in when the defender went off injured.

Joao Cancelo was suspended for the first match and Walker was injured but it now looks like they could have both available to start on Wednesday.

Speaking at his pre-match press conference on Tuesday afternoon, Guardiola said: “Joao feels good and we will see tomorrow how Kyle wakes up after training today. He trained and he is going to travel and tomorrow we will decide. He was three weeks without training but happy he is back and hopefully he will be in contention.”

When asked if Real Madrid were happier after the first leg, Guardiola said: “It was a lovely open game, the fact the teams scored seven goals between them. We were happy, we could have maybe got a better result but also a lot worse. You look at it, recover the next day, analyse it in the cold light of day.

“For better or worse we always knew this would be over two games. The Etihad and the Bernabeu. To knock Madrid out you have to perform well over two games.”

On whether they will have to play better than the first leg, the Man City boss replied: “Probably we have to play better but I would like to tell you too: we can play much, much worse than we played and we can win. Nobody can deny my assessment is right because nobody knows. Football is unpredictable.”

Real Madrid celebrated winning La Liga this week and Guardiola congratuled the Carlo Ancelotti on the job he has done this season.

Guardiola added: “Congratulations to him for winning the Spanish league, I did it, he did it last week. I admire him, he’s been all over the world, big football countries and fantastic teams. Always incredibly tough, the football is really good.

“Part of that is he’s an exceptional person. I met him years ago and every time with him he’s calm, controls his emotions perfectly.”