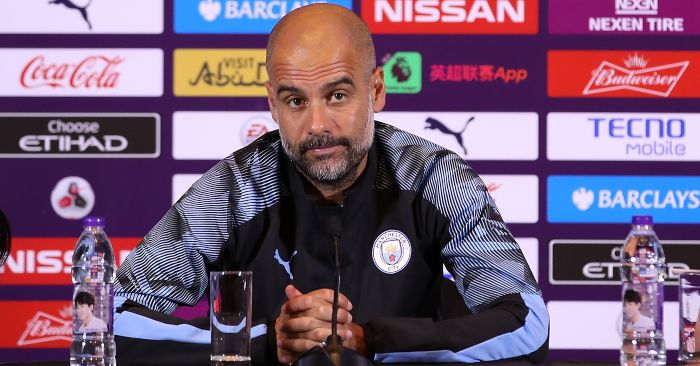 City have signed midfielder Rodri for £62.8million and Angelino from PSV for £5.3million, but with Vincent Kompany departing for Anderlecht, Guardiola has said he would ideally like to sign a replacement.

He told a news conference: “We are so happy with the squad we have. I don’t know what is going to happen until the end of the market.

When asked if he is in the market for a new centre-back to replace Kompany, Guardiola added: “There is a chance but I don’t know if it is possible. If not we have three incredible centre-backs and Fernandinho can play in that position.”

Asked about Bayern Munich’s interest in Leroy Sane, the City boss claimed he has had no contact with anyone at Bayern and says the Germany star is staying put.

Asked if he had spoken to anyone at Bayern, he replied: “No.”

Guardiola also revealed his delight at City’s youngsters, who have been handed chances to impress in Asia.

“Well first I would say we are delighted to bring these young players and give them minutes but the main reason is because the calendar is exhausted so when we arrive here Brazil and Argentina still playing so we have to give them time to rest we have to play games with jet lag and humidity. With 23 hours flying.

“It’s good for the young players but we don’t have another alternative. It’s a friendly but it’s official game against Premier League team, that’s the reason why they are here,” added Guardiola.