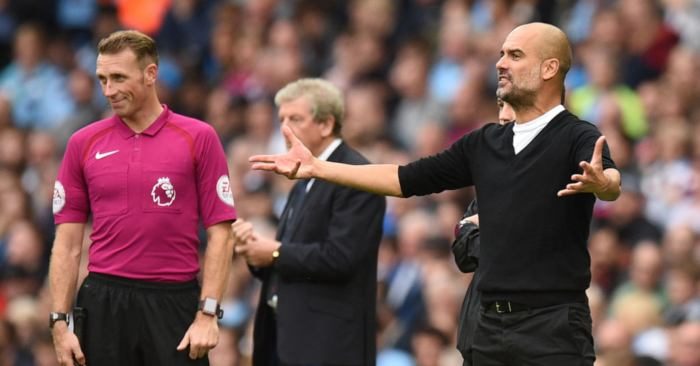 Pep Guardiola claims he does not have the “special energy” to emulate Roy Hodgson‘s lengthy career.

The Manchester City boss may be regarded as the pre-eminent manager of his generation with 25 trophies to his name, but coaching into his 70s, as Hodgson is now, is something he cannot envisage.

Guardiola, 48, said: “You have to have a special energy and I think at 71 – except Roy Hodgson – the others cannot do it. In my case? No way. It’s impossible.

“Roy Hodgson loves it. It’s incredible. When that happens, it’s because he has the passion in himself.

“It’s nice to see him again on Sunday.”

Guardiola spent a year living in New York between his spells in charge of Barcelona and Bayern Munich and he intends to sample other things in later life.

He said: “I am curious to do other things before I die. I love my job but I am always thinking to do something different.

“There is my wife and family too. Seventy-one? No way.”

Despite that, Guardiola admits he is addicted to the game of football.

He said: “Football is always present in the lives of managers, it is so addictive.

“Of course you have time to switch off a little bit, summertime is completely different, but always you are thinking as well. Football never finishes.”

Guardiola is coming towards the end of his third season at City and is contracted for two more. What happens beyond that is not yet clear but Guardiola is not thinking about it yet.

He said: “It’s many years. I don’t think (about) that and I don’t have plans. (I’m) just living, having fun and preparing for the next games. Next season and after that we will see.”