Home Manchester City Guardiola: Shakhtar keeper ‘one of the best I’ve ever seen’ 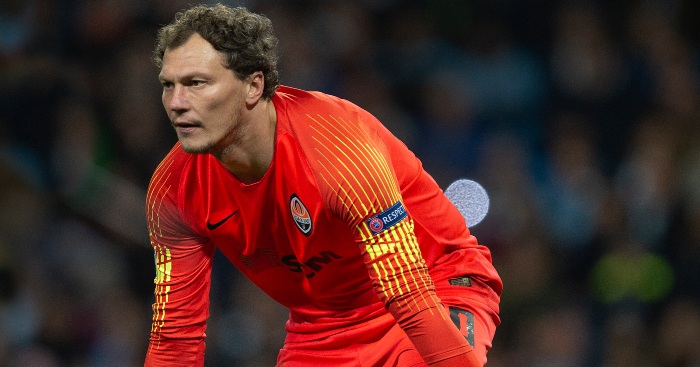 Pep Guardiola has revealed how he sees Shakhtar Donetsk goalkeeper Andriy Pyatov as one of the best he has ever seen.

Pyatov was in Shakhtar’s goal on Wednesday night when Manchester City put three past him to begin their Champions League campaign with an away win.

Guardiola felt his side could have won more convincingly but for a fine display by veteran stopper Andriy Pyatov.

The 35-year-old Ukrainian did not necessarily make many saves, but Guardiola felt his all-round performance in terms of breaking up attacks was excellent.

“Pyatov is one of the best keepers,” said Guardiola, who sought out the keeper after the final whistle.

“When you want to make a pass behind the back four of Shakhtar he is reading (the game) perfectly. It is not easy to run behind because he anticipates the actions better than most keepers I have seen in my life. He reads exactly what’s in front of him. He’s a huge talent doing that.”