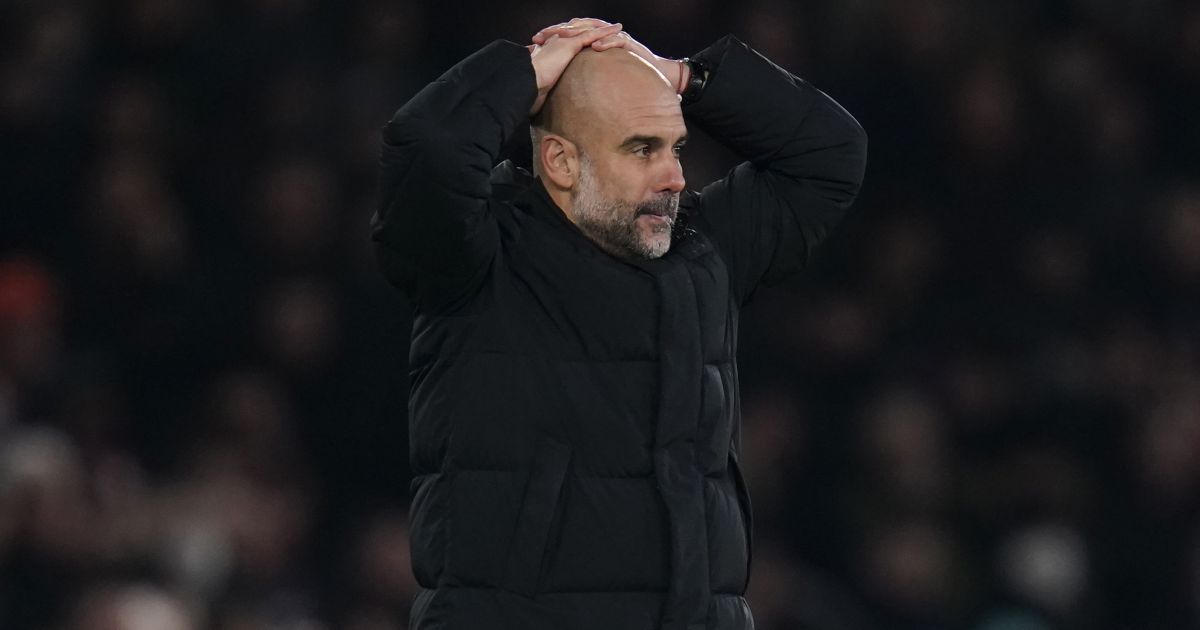 Reigning champions City were unable to stretch their winning run to 13 top-flight games after being forced to come from behind at a boisterous St Mary’s.

But the runaway leaders could not find a winner as they dropped points for the first time since late October, leaving them 12 above second-placed Liverpool, albeit having played two games more.

Despite the minor setback, City manager Guardiola had no complaints about the performances of his players.

“That’s why it is the hardest prize to achieve every season, the most important one,” he said of the title.

“It’s so difficult, with different contenders, everyone is ready. We are the reigning champions, we have won a lot in the past, and it’s not so funny for the rest, so it’s more difficult to win and win.

“That’s why making back-to-back titles in the last 12, 13 years has happened only once, which was ourselves, and now we’re trying to do it again.

“We know how difficult it is and I don’t need to win, draw or lose today to know that we still have a lot of games to play. What we have to do is try to behave and play the way we played today.

“Even winning today, the title race would not be over. In January, no one is champion, there are many games that must be played.”

City monopolised the ball on the south coast but were facing an uphill task after just seven minutes when recalled Southampton defender Walker-Peters delighted the home crowed by lashing home his maiden Premier League goal.

On-loan Saints striker Armando Broja had a tidy finish disallowed for offside and also nodded against a post before unmarked defender Laporte headed home a Kevin De Bruyne free-kick with 25 minutes to go.

City, who wasted a golden first-half chance through Raheem Sterling, pushed hard to maintain their lengthy winning run, with De Bruyne and Gabriel Jesus each striking the right post.

De Bruyne also saw penalty appeals waved away by referee Simon Hooper following a VAR review after going down on the edge of Saints’ box while being challenged by Mohammed Salisu and Oriol Romeu.

“We play to play good and try to defend our badge and our people as best as possible and the title will always be a consequence of what we’ve done,” said Guardiola.

“Today was really good. We played really well – maybe for 15, 20 minutes, we were not aggressive enough – but the last 20, 25 minutes (in the first half) we were excellent and the second half was excellent too.

“We made an excellent performance today against a top side who defended well and punish on the counter attack.

“It’s always tough to play against them because they have experience and many, many things, and they made an exceptional performance.”