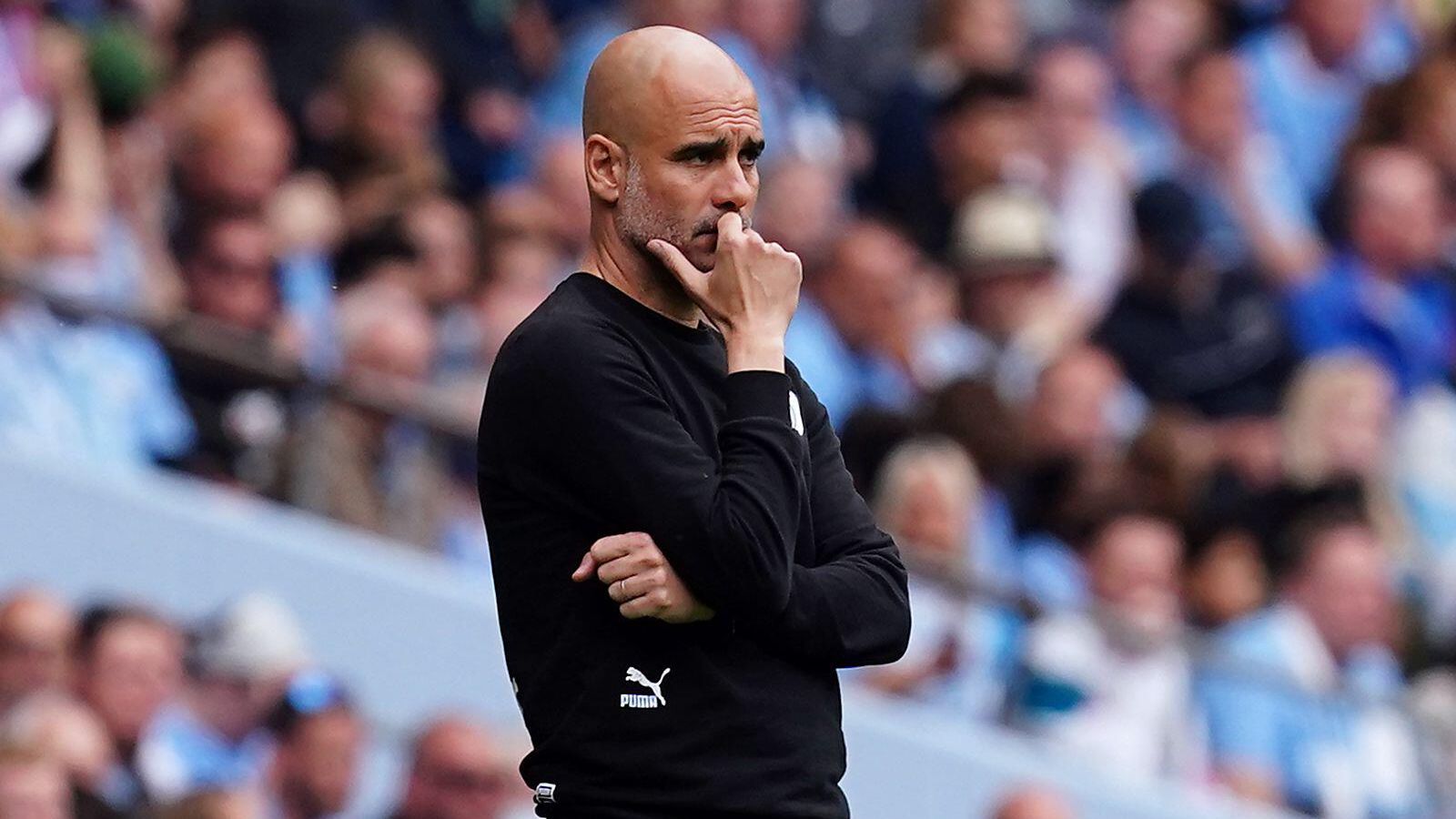 Pep Guardiola praised his Manchester City players after his side clinched the Premier League title on the final day of the 2021/22 season.

Man City were in danger of letting the Premier League slip on the final day as they fell two goals behind against Aston Villa. Matty Cash and ex-Liverpool star Philippe Coutinho got the goals.

Liverpool ended up beating Wolves 3-1 at Anfield, so had City dropped points, Jurgen Klopp’s side would have been crowned champions.

But City battled back in the latter stages to clinch the title. A brace from Ilkay Gundogan and a goal from Rodri turned the game around with around ten minutes to go.

It finished 3-2 so they end up a point and a place above Liverpool. This is the fourth time they have won the Premier League in five seasons.

Guardiola was full of admiration for his players after the win, insisting that they “will be remembered”:

“The last game is always special, a lot of emotion. Aston Villa gave everything but the first goal changed everything. We had to handle it,” Guardiola said (via BBC Sport).

“We are legends. When you win the Premier League in this country four times in five seasons it is because these guys are so, so special. We will be remembered.

“Winning at home in front of our people is the best. The moment we equalised we had the feeling we had the chance to score the third.

“The magnitude of the achievement is related to the magnitude of our rival and I have never seen a team like Liverpool in my life. Congratulations to Liverpool – they have made us better and better each week.

“I don’t have the energy or desire to think about next season now. We are champions again.”

Bernardo Silva added post-match that City “had to believe in the turnaround”:

“It’s not easy, there was a bit of disbelief and we still had to believe in the turnaround.

“I’m so happy, and the way it was makes it a little bit better but let’s not try to repeat that.

“When you beat a team as good as Liverpool, it feels better. We have won it the last few years against top, top teams.

“But once again we are the best team in England and next year we will try to come back and give a bit more to the fans.”