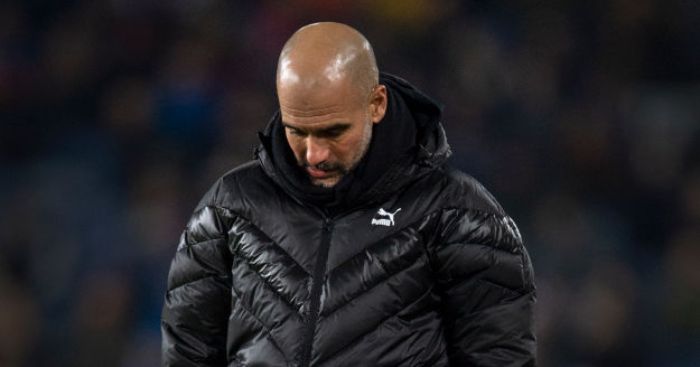 Pep Guardiola finds it “difficult” to fathom how Manchester City are 11 points behind Liverpool in the Premier League table.

City’s hopes of winning a third straight title have already been rendered slim by Liverpool, who have dropped two points all season.

Leicester are even ahead of Guardiola’s side, who are as close in terms of points to Manchester United and Crystal Palace as they are Liverpool.

The gap will be as much as 14 points if the Reds beat Bournemouth on Saturday before City’s Manchester derby against United.

Guardiola is already finding it tough to work out the gap as it is, poor thing.

“It’s difficult to answer. I don’t know. I would like to discover the reason for this big gap with Liverpool.

“One is, no doubt, the quality of the opponent. I repeat, one game lost in almost 60, the numbers are incredible.

“When I review all the games we’ve played, even Norwich, we created 20 shots.

“We’ve been much better than the opponents but we are 11 points behind. So something has happened.”