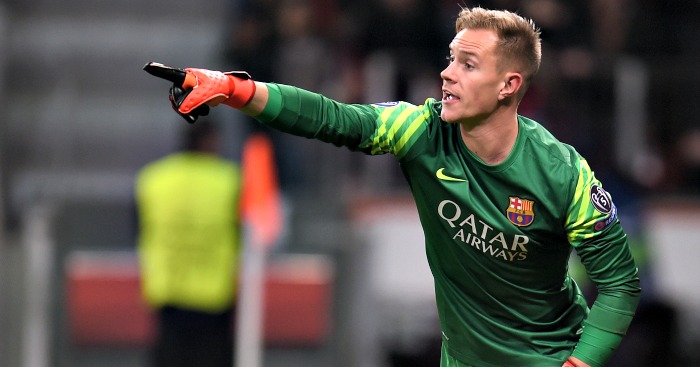 Pep Guardiola has suggested that Marc-Andre ter Stegen was his first choice to replace Joe Hart at Manchester City, not Claudio Bravo.

Guardiola was appointed City manager in the summer, and quickly brought an end to Hart’s reign as first-choice goalkeeper at the Etihad Stadium by loaning him out to Torino.

Willy Caballero was entrusted by Guardiola for the first few games of the season, but Bravo then joined from Barcelona for £15.4m.

The Chilean was immediately installed as the club’s No 1 – although he has struggled early on in England.

However, Guardiola has suggested that ter Stegen, not Bravo, was his priority signing.

“If you are talking about this summer, I never called Messi. I never called Neymar, Luis Suarez, (Sergio) Busquets, (Andres) Iniesta, I didn’t call anybody,” Guardiola said ahead of the Champions League clash with Barcelona.

“As for Ter Stegen I knew that he wanted to play all the time. We got in touch. He wasn’t happy with his situation. We needed a goalkeeper like Claudio or Ter Stegen.

“Claudio came and Ter Stegen decided to stay. If I ever called a player playing in any other club it would be in a special situation of not playing, and it would be my right to – but I never called Leo Messi.”