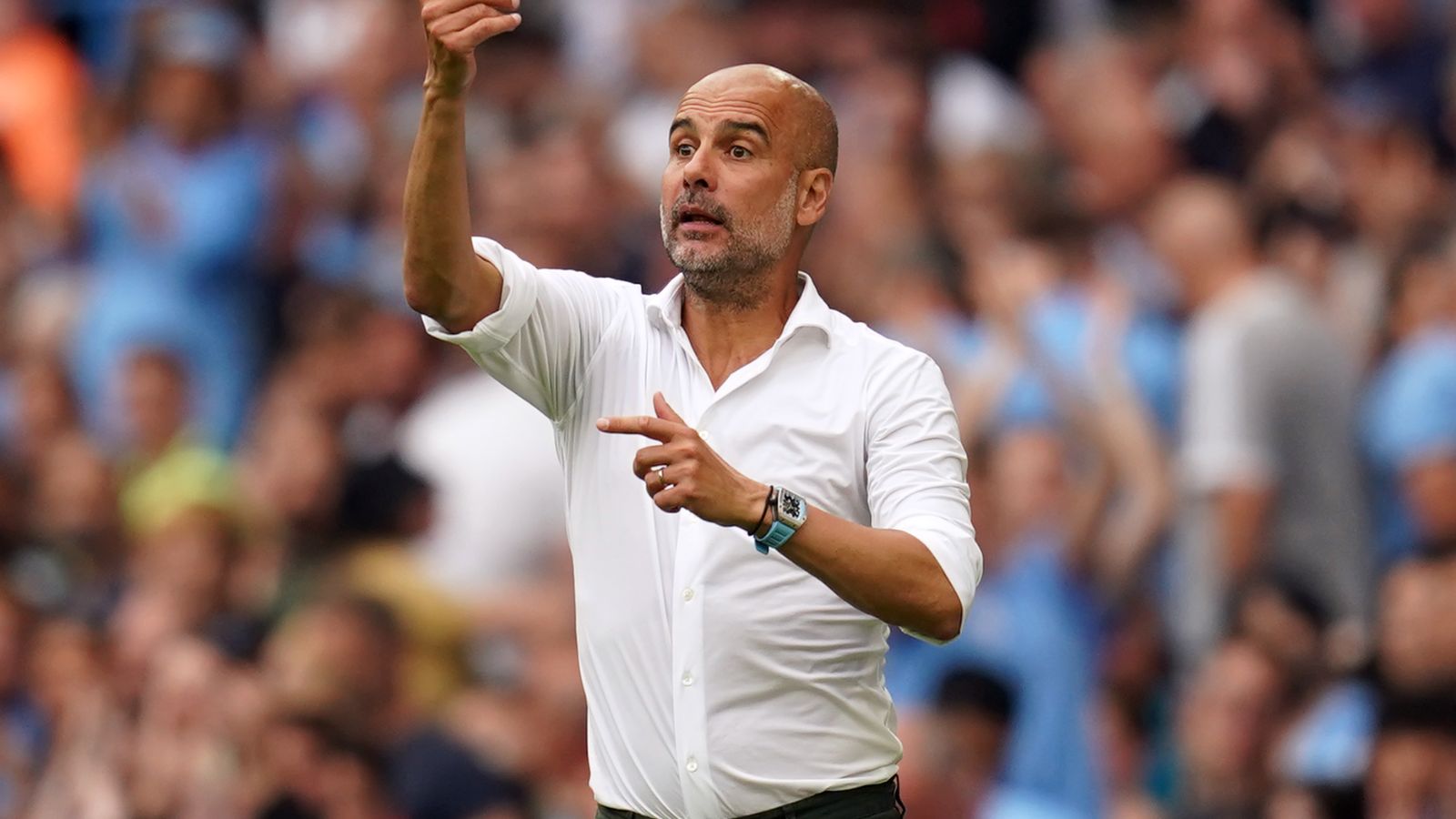 Pep Guardiola has suggested that some of his Man City players “were not good” in the 6-3 win over Man Utd so there are “many things they can do better”.

City went into the international break in great form as they won four games in a row across all competitions.

The Premier League champions have a big month coming up as they play eight times in October.

The first of their games this month was against Man Utd on Sunday afternoon in the Manchester derby.

Man City punished United for their careless play in possession and the hosts were clinical when chances came their way.

Erling Haaland and Phil Foden both scored braces before the interval as City were soon on for another famous victory over their rivals.

United improved slightly after the break, but frankly, they could not have gotten much worse. Antony pulled a goal back for the visitors before Haaland and Foden completed their hat-tricks.

Anthony Martial scored a brace after coming on off the bench to make it 6-3 before the final whistle.

Guardiola was not pleased with how United were let back into the game in the second half, and he has insisted that City “have to improve”:

“It was really good [in the first half]. We scored four goals and could have scored more. After half-time it was more difficult. It was a great victory, a great game, everyone was happy in the stadium and we enjoy it against our rivals. It was a good afternoon for us,” Guardiola told Sky Sports.

“In general it was really good how aggressive we were but of course when they have Bruno Fernandes and Christian Eriksen. They have quality. We were aware of the spaces and our players up front made the difference in the first half.

“We can win or lose but there are many things we can do better. Some players were not good today so they have to improve.

“Perfection doesn’t exist, it’s impossible. But we must try to look there. We did good, we can do better, many, many players had sloppy passes. This is not good. We have to be more consistent. In some areas, we were still not good.

On Foden, Guardiola added: “His desire, how he runs, is the main thing. He deserves to play every time and then he has quality. He is a young player and it is a reality. He deserves everything.

On Haaland: “The numbers speak for themselves. He has done this before here. It is not our way. Always we try to help him in our environment. We have this incredible sense that he always looks starving and is so competitive. The numbers are scary, honestly.

“He sees 10 players running without the ball with effort for each other so he wants to do it. They visualise it, they see it. It’s why we have had success in the last few years. Behind it is effort and desire to do it.”