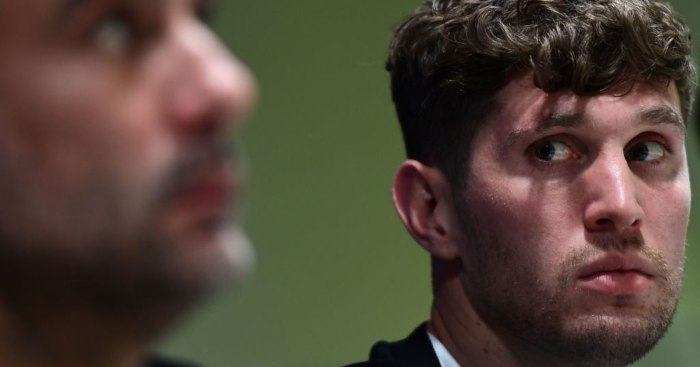 The 25-year-old defender has endured another inconsistent season in the Premier League.

Ahead of Tuesday’s match at Sheffield United, Guardiola said: “It was unfair. I’m there (for him), we are there. You have ups and downs in your career. We know his quality.”

Guardiola said Stones is a doubt for the Premier League match at Bramall Lane with a leg injury and Benjamin Mendy is suffering with some “muscle fatigue”.

The game will probably come too soon for Aymeric Laporte – who has been out since August with a knee injury – but “he is getting better every day”.

With leaders Liverpool so far ahead in the title race – they hold a 16-point advantage with a game in hand – Guardiola has targeted second place.

He added: “(Our aim is) to finish second, to improve every day and prepare for the knockout games we have in other competitions.

“You cannot play good games in knockout competitions if you are not running well in the league.”