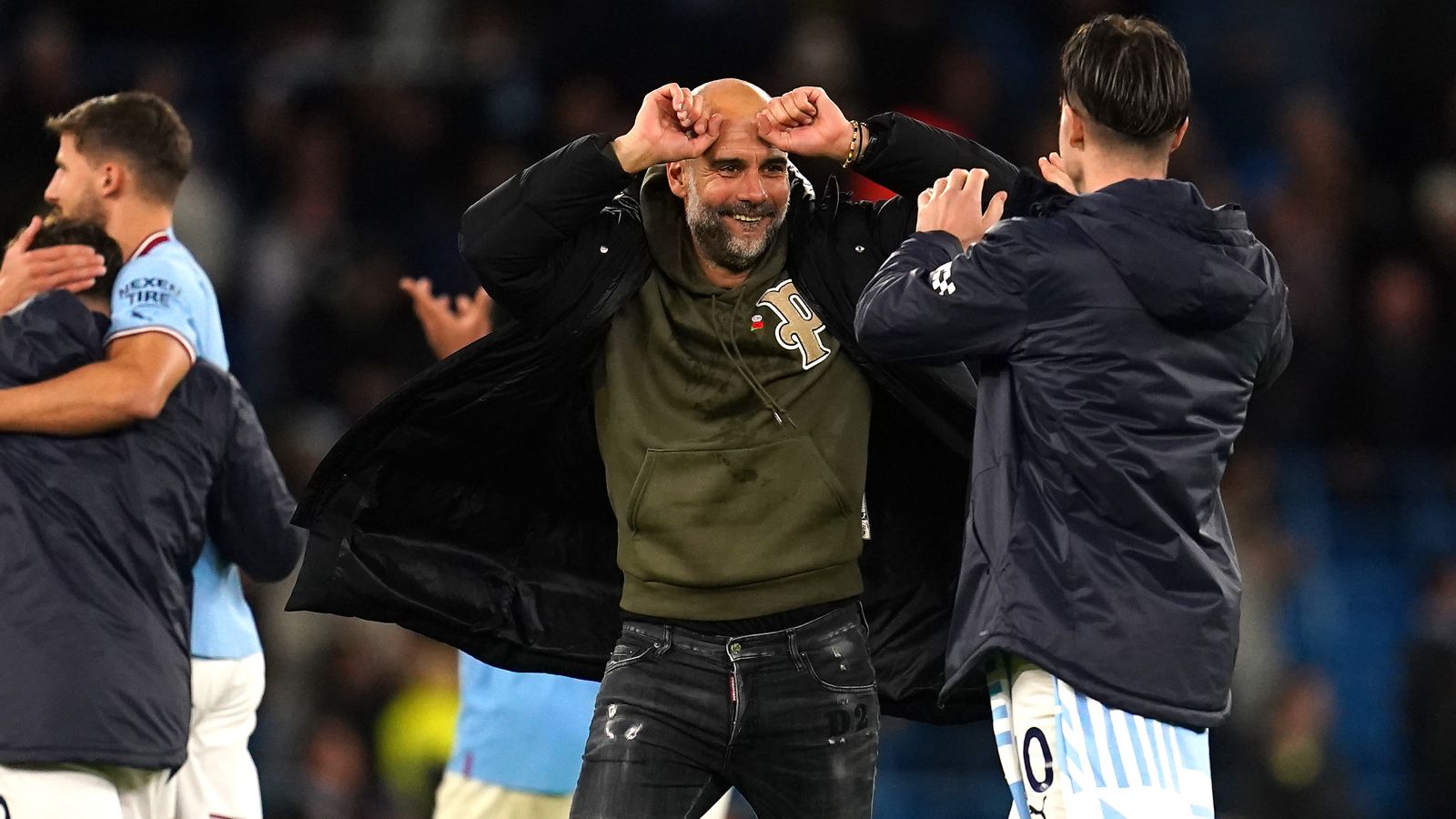 Pep Guardiola has told Manchester City defender Joao Cancelo that he must “learn to control his emotions” after he was sent off against Fulham.

City were made to work for all three points against the Cottagers as they played most of the game with ten men.

Julian Alvarez fired Man City in front early on but Cancelo was sent off just before the half-hour mark following a challenge on Harry Wilson.

Fulham were subsequently awarded a penalty and this was converted by Andreas Pereira.

Guardiola’s side were still on top for the rest of the game but it looked like they would have to settle for a point until they were given a penalty of their own in stoppage time.

Erling Haaland stepped up to take the spot-kick after earlier having a goal ruled out for offside.

Ex-Arsenal goalkeeper Benrd Leno got a hand on Haaland’s kick but he was unable to keep it out as Man City ran out 2-1 winners.

This victory lifts City back to the top of the table ahead of Arsenal’s game against Chelsea on Sunday.

Guardiola stated post-match that his side were “outstanding in all departments”.

“We played a fantastic game for 90-95 minutes. We conceded one shot on target, of course they missed Mitrovic but the way we played was outstanding in all departments.

“Everyone runs, everyone made a contribution. A big compliment to the team.”

On the red card: “[Cancelo] has to learn. It can happen in football and they score a goal, but you have to play 11 v 11. Hopefully he can learn for the future.

“He is an exceptional player and all that he has given to us these years is amazing, but he has to learn to control his emotions and control his actions. I am pretty sure he will learn.”

On Haaland’s penalty: “He hit the penalty. He hit strong. Their goalkeeper is an incredible penalty saver but in the end, the coin came to our side.”

Haaland admitted after the win that he was “really nervous” about taking his penalty.

“I was really nervous [before the penalty]. It is about getting though the situation in the proper way and that is what I did,” Haaland added.

“I don’t care how it went it, it is about it going in. Amazing feeling.

“For me it was about coming in with some energy and try and get a goal because these three points are really important. It was about trying to get it and that is what we did.

“I was one week out and finally I am back. A good feeling.”