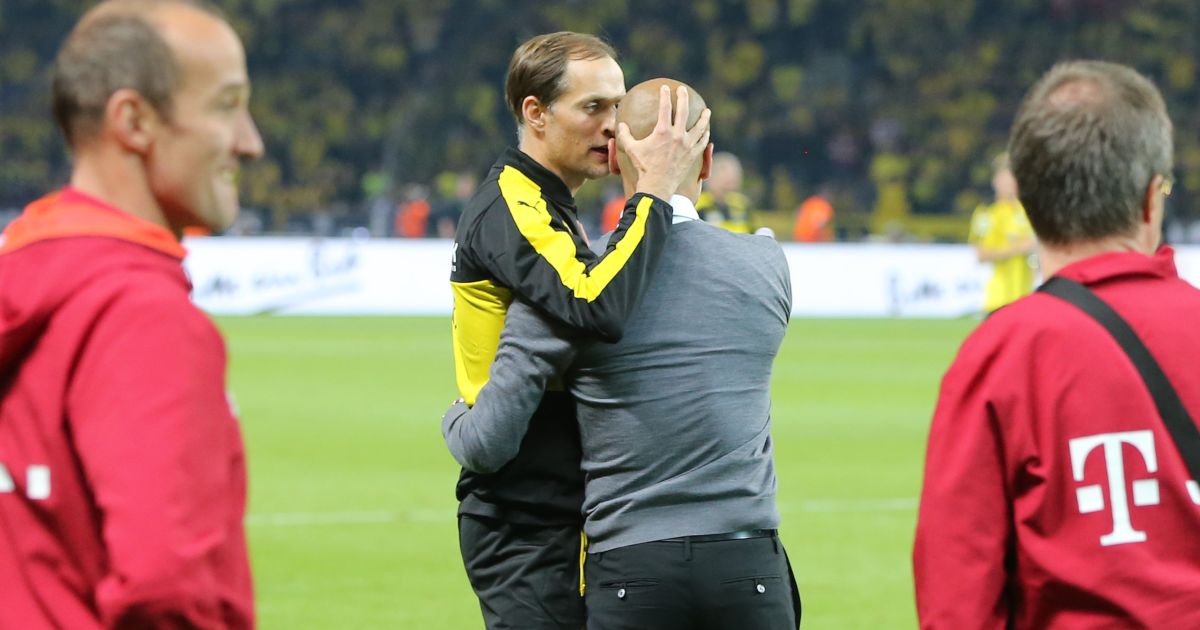 Manchester City boss Pep Guardiola says he “knew from the beginning” that Thomas Tuchel “would do a good job” at Chelsea.

The German boss took over from Frank Lampard in January, guiding the Blues to 12 wins in his opening 18 matches in charge.

Chelsea have qualified for the semi-finals of the Champions League and currently sit just outside the top four in the Premier League.

Tuchel will take his Chelsea side to Wembley to face Guardiola’s men tomorrow in their FA Cup semi-final and the City manager was full of praise for his opposite number.

Guardiola told reporters: “After he went to Dortmund, the way he wants to play is so quick. It is tough to take over a team during the season.

“But he has a lot of experience being at a top club like PSG and now Chelsea. I knew from the beginning that he would do a good job.”

Guardiola added: “Every manager plays the way they believe. [Previous Chelsea boss] Frank Lampard did an incredible job. First season he couldn’t sign players but he had an incredible run in the Champions League. I admire them both. Tomorrow I face Thomas, he knows how much I admire him. It will be a good battle.”

And Guardiola is desperate to reach the FA Cup final despite the League Cup final and Champions League semi-final against Paris Saint-Germain on the horizon.

Guardiola continued: “Sometimes, when it is tough, and you need time and you spend a lot of years to get something, you give it more value. That is why it is so nice. It is like life. Everything you get without effort is not nice. We know how difficult it was to reach the semi finals.

“The important thing is fighting every year to be there. For the players in the past who could not do it, I am more than delighted for them to reach the semis.

“Imagine playing this game after not qualifying for the Champions League semis, it would be much tougher. I would love to have more days to recover and prepare, but the schedule is the schedule. You handle the schedule.

“We would love to reach the FA Cup final. After that we focus on Aston Villa [in the Premier League] and then PSG.”