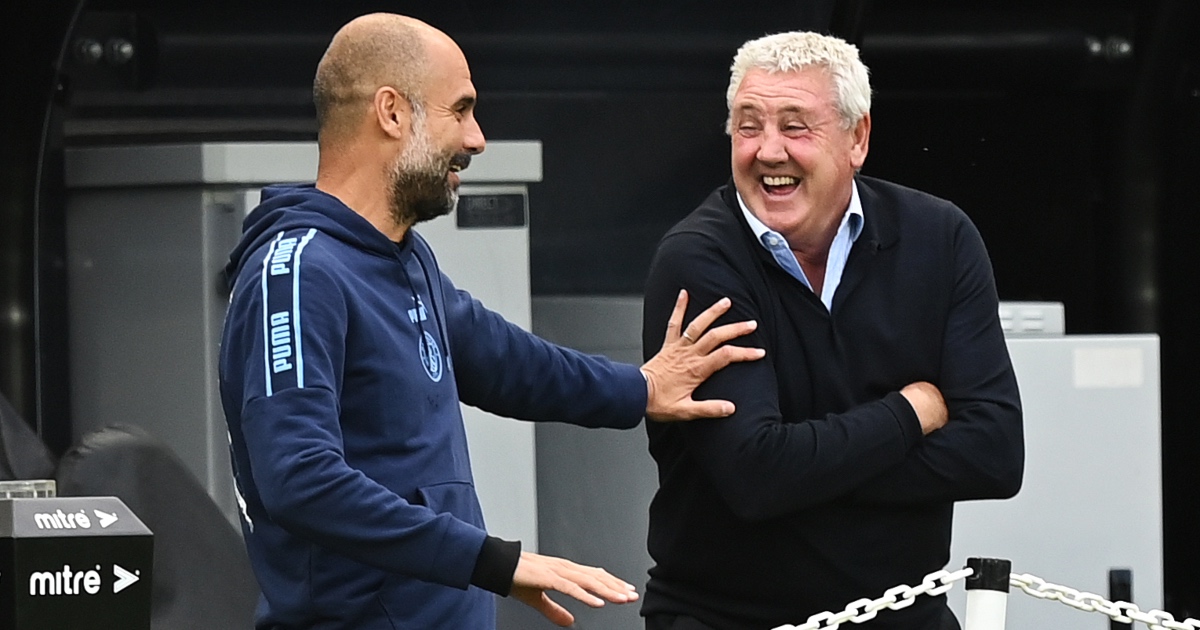 Pep Guardiola has offered his backing to former Newcastle boss Steve Bruce and urged him to ignore the “bull****”.

Bruce said having been sacked by Newcastle that it may have been his “last job” as the abuse he received had “taken its toll” on his family.

He said he felt that Newcastle supporters wanted him “to fail” at the club and that criticism of his style of football was “ridiculous”.

And Guardiola has urged Bruce to instead focus on the support and love he has received from his players.

“I read the post on Twitter from (Allan) Saint-Maximin and this for me is what Steve Bruce is,” Guardiola said. “He is an exceptional gentleman who always took care of me so nicely when I came from Catalonia, a different country.

“I wish him all the best and I tell him, don’t pay much attention to all the comments because he knows it’s bull****.

“Sometimes managers are treated badly but I would say this is a reflection of society and social media where everybody accepts people saying terrible things.

“All managers want the best for the teams and their clubs. Sometimes you win, sometimes you lose but nobody deserves to be treated like this, but he has not to worry about the people who know him well, this is what is important.”

Pep Guardiola has also sent a message of support to the Manchester City fan who was left in a coma following an attack that came after the club’s 5-1 Champions League win over Club Brugge on Tuesday.

Belgian-based supporter Guido De Pauw, 63, is said to be in stable condition in hospital after being attacked at a service station near Drongen on his journey home from the match. Two of the five suspects who were arrested remain in custody.

Guardiola appeared at his Friday press conference in a t-shirt which read ‘We’re with you, Guido’, and said: “Of course the whole club and organisation from the chairman down we are behind him and we are optimistic because in the last hours he is getting better.

“Of course he has all the support through the club and whatever they need from our club is there. We have a big, big hug for him and for all his family, and we wish that he can come back soon to the Etihad Stadium.”