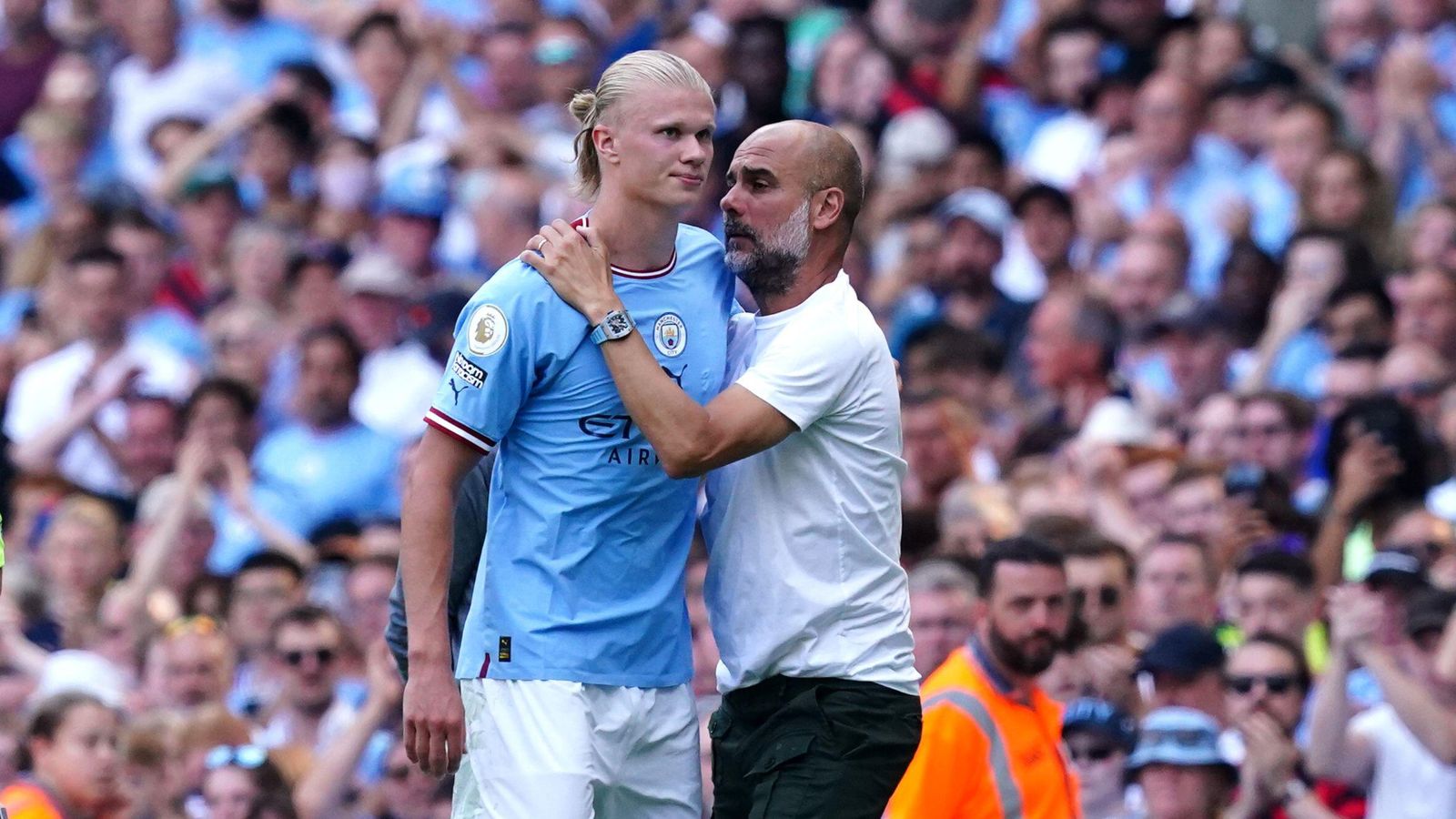 Manchester City boss Pep Guardiola warns the rest of the Premier League that Erling Haaland still has “room to improve”.

The Citizens brought the Norwegian to the Etihad Stadium this summer from Borussia Dortmund for £51m and he has hit the ground running.

There were some doubts whether Haaland – who scored 86 goals in 89 matches for Dortmund – could keep up his extraordinary record at Man City.

However, so far so good for Haaland with the Norway international bagging six goals in his first four Premier League appearances of the campaign.

On Haaland’s adaptation, Guardiola said: “We didn’t have doubts. We’ve had just a month of competition, many more games to come this year. There is still room to improve, to be a better player and we are working on that.”

On Julian Alvarez replacing Haaland as Man City face six games in 18 days: “When Erling doesn’t play, we will play Julian, almost sure. We are really impressed with him, his pace, his sense of goal and his work ethic.”

There have been rumours throughout the summer that Barcelona want to sign Bernardo Silva this summer but Guardiola insists that the Portugal international is staying in Manchester.

Guardiola added: “I’ve said many times how important he is for us. In one or two days, the window will be over and everyone will be focussed on what we have to do.”

On potential business before the deadline, the Man City boss continued: “I don’t know what is going to happen.”

Kevin de Bruyne is celebrating his seventh anniversary as a Man City player and Guardiola has been reflecting on successful times with the Belgium international.

Guardiola said: “He has been a really good signing. Seven years is many, many years. He has done brilliantly since then. Before I came here, I knew him from Germany, I suffered against him [when Guardiola was at Bayern Munich and De Bruyne was at Wolfsburg]. I’m delighted with how he’s performed.”

He added: “They’ve shown a lot [of ambition]. This is what the club wants to be, they want to stay in the Premier League for many, many years. They are a historical club. It is a new team. It is another game at home, we try to play well.”