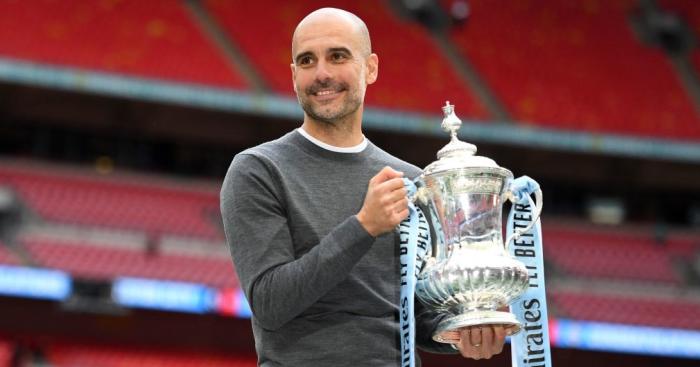 Pep Guardiola insisted that Manchester City will keep getting better after they capped off an incredible year with victory in the FA Cup final.

City completed an unprecedented treble with a 6-0 thumping of Watford, matching the biggest ever win in a final of the historic competition. It means they have taken all the domestic trophies available to them this season, after winning the Community Shield, Carabao Cup and Premier League.

Guardiola told BBC Sport: “It was an incredible final for us and we have finished an incredible year. To all the people at the club a big congratulations, especially the players because they are the reason why we have won these titles.”

One gamechanging moment was the save from Ederson on Roberto Pereyra early in the match, and Guardiola stressed that it was just as important as the goals that were scored.

“In the final these kind of things make the difference. Ederson saved us at a key point at the beginning of the game, because 1-0 would have been really difficult for us.”

And when pressed on whether or not his record-breaking side can get any better, Guardiola was convinced.

“We have to, always you can improve. There is no sense to stay still.”