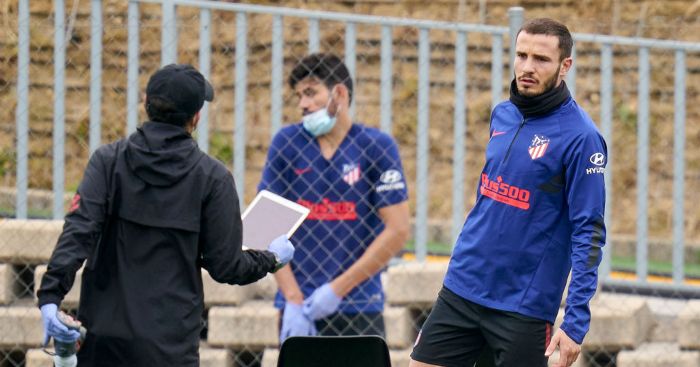 Guillem Balague has played down rumours that Man Utd-linked midfielder Saul Niguez will announce his next club on Wednesday after the Atletico Madrid star sent out a cryptic tweet.

Saul has been identified as a player who ‘ticks all the right boxes’ to partner Bruno Fernandes in the Red Devils’ central midfield.

That cryptic message has led many to believe Man Utd might have landed one of their main transfer targets, although a more likely explanation is that Saul will reveal a non-footballing venture and is merely using the speculation to drive interest.

The nature of his long-term deal and the £134m release clause contained within would make any negotiation eminently difficult, particularly in the midst of a global pandemic that has already had a significant impact on football finances.

And Balague backs up our suspicions that it is possibly a commercial venture, the Spanish football expert told his YouTube channel: “By the way there’s no information, nobody knows what it is, apart from the people involved of course, but it’s pretty obvious in my eyes, well that’s what I think.

“First of all, he’s a big Atletico Madrid fan, or he feels very close to the club.

“He has renewed his contract despite having interest from others. He will always tell the club if he’s leaving but that will be at the right time if he leaves.

“Do you think he will put a post on Twitter saying that he’s going to another club? Doesn’t that sound to you like a bit of a commercial exercise of some kind? It does to me. I may be completely wrong but it sounds to me like a big commercial thing.

“So I think I answered that there. But it has kept you busy and yes some media are mentioning Manchester United etc. We will see on Wednesday.”