Home All The News Gullit slams Tottenham’s Alli: ‘Oh my god, so bad’ 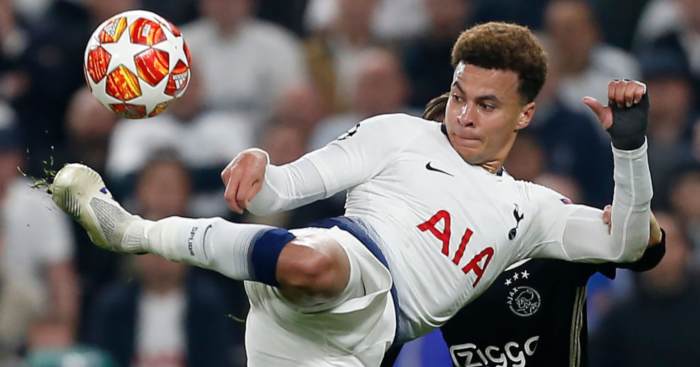 Ruud Gullit picked out Dele Alli and two of his Tottenham’s team-mates for criticism after their first leg loss to Ajax on Tuesday night.

Spurs’ first European Cup semi-final in 57 years did not go to plan at their stunning new home as the Dutch giants ran out 1-0 victors.

Donny Van De Beek’s 15th-minute effort proved the difference in north London, where Ajax could have scored more on a night that saw David Neres hit the post late on.

Tottenham did improve after Moussa Sissoko’s introduction for the injured Jan Vertonghen but Gullit was not impressed with their performance.

“But, for me, a lot of players were disappointing because I see them every week in the Premier League.

“Like I said I see them every week and how is it possible to make so many mistakes.

“I know you’re under pressure but you need to know what to do and they didn’t.”

"But a lot of players, disappointing. Dele Alli…so bad!"

Dutch legend @GullitR full of pride for that Ajax performance but in disbelief over Tottenham's.#beINUCL #TOTAJA