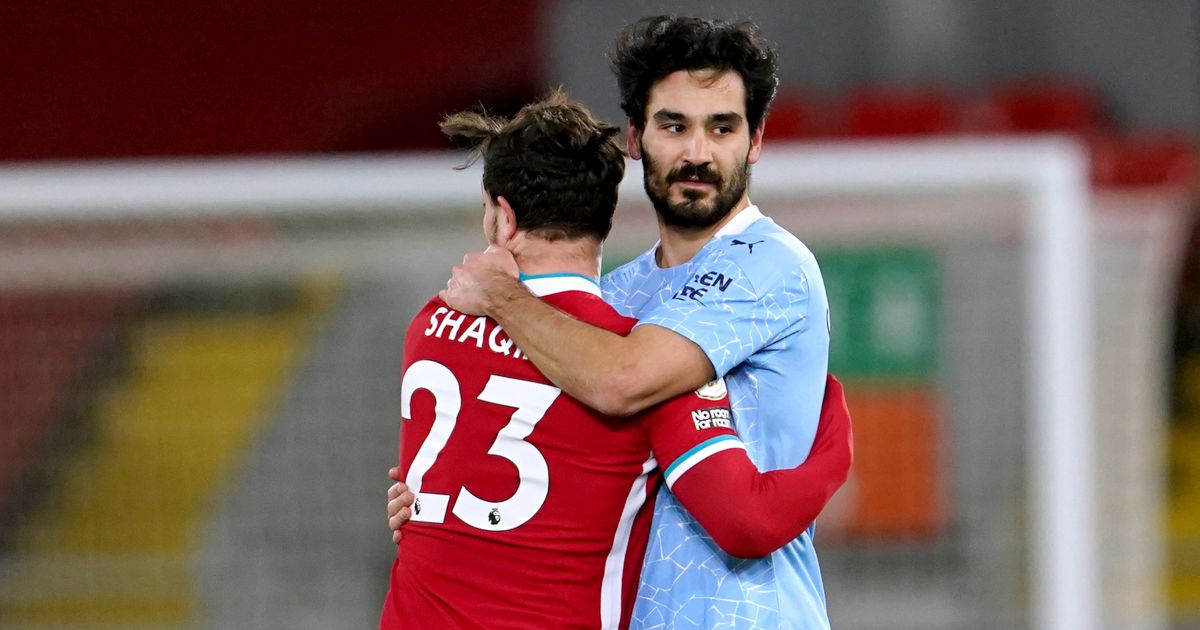 Ilkay Gundogan has suggested that Manchester City are always “ambitious” to win, but getting revenge on Liverpool has not been a motivator for them.

The 2020/21 season has been a topsy turvy one, but Man City have emerged from the pack to sit clear at the top of the Premier League.

This has been helped by an unbelievable run of 15 straight victories in all competitions.

Gundogan has played a key role in this run in terms of goalscoring. The 30-year-old has netted eight times from his last nine league outings. This form led to him being named as the division’s Player of the Month for January.

Man City are currently five points clear at the top of the league. They also have a game in hand on those around them.

Speaking ahead of Saturday’s game against Tottenham, as cited by Manchester Evening News, Gundogan insisted that when teams other than City win trophies, they “deserved it”:

“I mean, at the end of the day, football is a sport, in sport, you win and you also lose.

“Of course, you always want to be on the winning side. It’s why we play the game, why we’re athletes and why we’re all so ambitious. I always believe when you don’t lose and don’t go through this frustration, the anger you can’t appreciate the nice moments when you win.

“You can enjoy these moments even more. I take it as it is, as every sportsman will do. I feel like when someone else wins, they probably deserved it. Whether it’s me personally or us as a team, we will try to do better next time.

“That’s what we said at the start of the season and we want to do better.