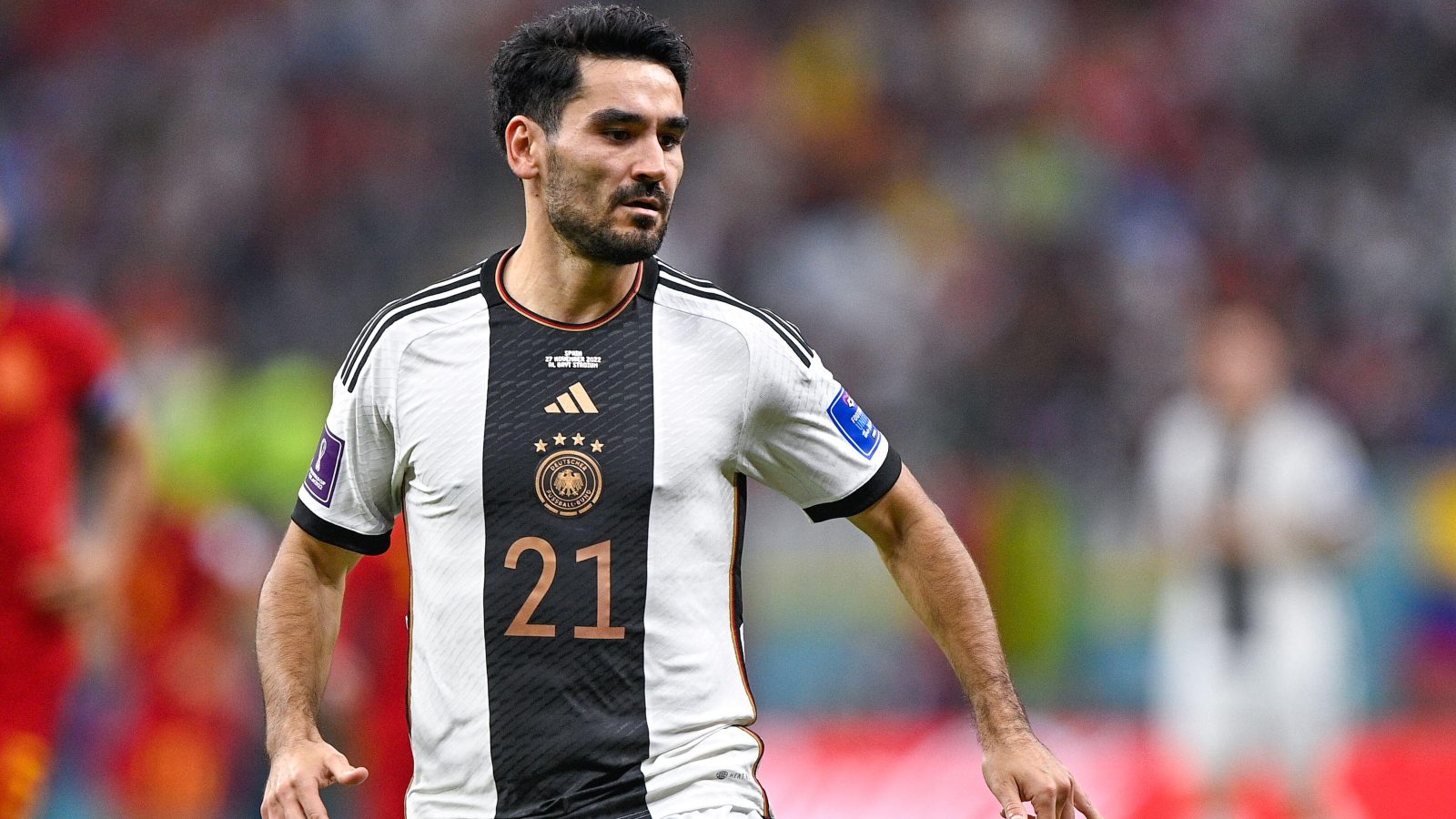 Ilkay Gundogan insists that “the politics are finished” after the Germany squad decided not to repeat their protest against FIFA on Sunday night.

Germany kept their hopes of progress at the World Cup alive with a 1-1 draw against Spain but there was no repeat of their covered mouths protest ahead of the match.

FIFA warned nations and their captains that they faced punishment for wearing the OneLove armbands at the World Cup, including a yellow card for any captains caught wearing the armband, and the German players covered their mouths ahead of their 2-1 loss to Japan after being “silenced” by FIFA.

And Gundogan has declared the nation will no longer be mixing football and politics after making their point in the first match of the tournament.

“We had a few players who were mad with FIFA, because obviously there were things planned from the team,” Gundogan told The Athletic.

“This (the wearing of the armband) getting disallowed just before the (Japan) game, a few players were disappointed and frustrated and wanted to show something. We had the discussion in the team and at the end it got decided that we’ll do this gesture against FIFA. If you do something, you do it as a team.

“Honestly, my point of view is now the politics are finished.

“Now it’s just about football — enjoying and celebrating — so that’s the most important thing.”

The OneLove armband was meant to promote inclusion and diversity with the German FA (DFB) explaining the idea of wearing them at the World Cup.

A statement from the DFB read: “With our captain’s armband, we wanted to set an example for values that we live in the national team: diversity and mutual respect. Be loud together with other nations. This is not about a political message: human rights are non-negotiable.

“That should go without saying. Unfortunately it still isn’t. That is why this message is so important to us. Banning us from the bandage is like banning our mouths. Our stance stands.”

Germany boss Hansi Flick was asked before the match against Spain whether their protest had become a distraction for his players, he told reporters: “The main focus for me has been the football.

“If you look at the last two tournaments [Euro 2020 and the 2018 World Cup] we didn’t do as well and we want to stop that happening. Tomorrow is the first final for us in this World Cup. This is what it’s all about. We want to prevent going out.”