Home All The News Gunners duo could return for Swansea clash 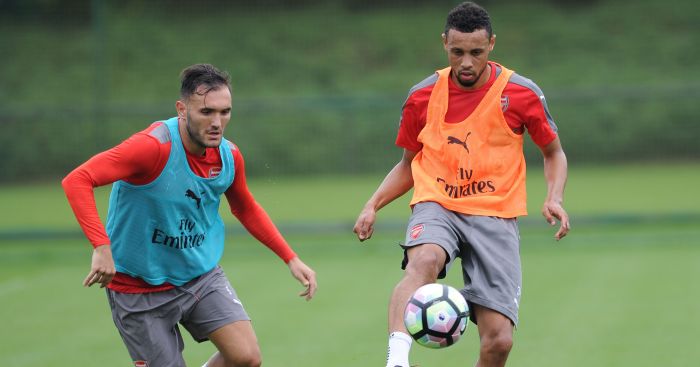 Arsenal have been handed a double injury boost ahead of their match with Swansea on Saturday as both Francis Coquelin and Lucas Perez returned to training.

Coquelin suffered a knee injury in the 3-0 victory over Chelsea last month and there were initial fears the midfielder could be sidelined until the New Year.

Summer-signing Perez, meanwhile, missed the 1-0 win at Burnley after picking up an injury in training.

However, according to Goal, both players will be in the squad to face Swansea, a fixture which will mark Bob Bradley’s first match in charge of the Welsh club.

Coquelin faces a fight to reclaim his place in Arsene Wenger’s starting XI, with Granit Xhaka having impressed in the Frenchman’s absence.

Perez will be eager to make an impression with the Gunners, having only started one Premier League game since arriving from Deportivo.

The Spanish forward scored two goals in the League Cup victory at Nottingham Forest, but appears down the pecking order for Wenger’s first-choice XI.