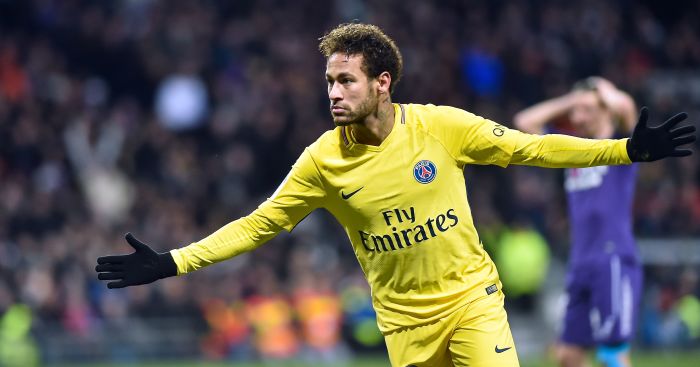 Former Real Madrid midfielder Guti thinks Paris Saint-Germain superstar Neymar will end up at the Spanish outfit in the future.

The Brazilian swapped Barcelona for PSG in the summer for a world-record fee but speculation is already rife that Neymar will head back to Spain.

Reports over the last month in Marca have suggested that any deal would set Real back £355million in transfer and signing-on fees – with the summer of 2019 mooted as a potential departure date.

And Guti reckons the reports aren’t so far off the mark but he hopes Neymar doesn’t arrive as a replacement for Cristiano Ronaldo.

“I like Neymar, but if that means Ronaldo leaving, then no,” Guti told Spanish TV show El Chiringuito de Jugones. “At Real Madrid you have to be the best in the world and Neymar is.

“I think he is more motivated and I think he will continue to be so. He knows that he won’t come to a better place. I think Neymar will go to Real Madrid. Who knows if [Karim] Benzema will be the one who goes to PSG. I think Ronaldo will continue here though.”

On whether he would turn down the chance to take charge of the La Liga giants, Guti said: “This is the last chance for Real Madrid, but I hope there is sanity and that it isn’t Zidane’s last chance. We cannot forget what he has done. It is also PSG’s last chance as it isn’t worth winning Ligue 1 or the French Cup. Zidane must continue, but how can I not want to coach Real Madrid one day?”