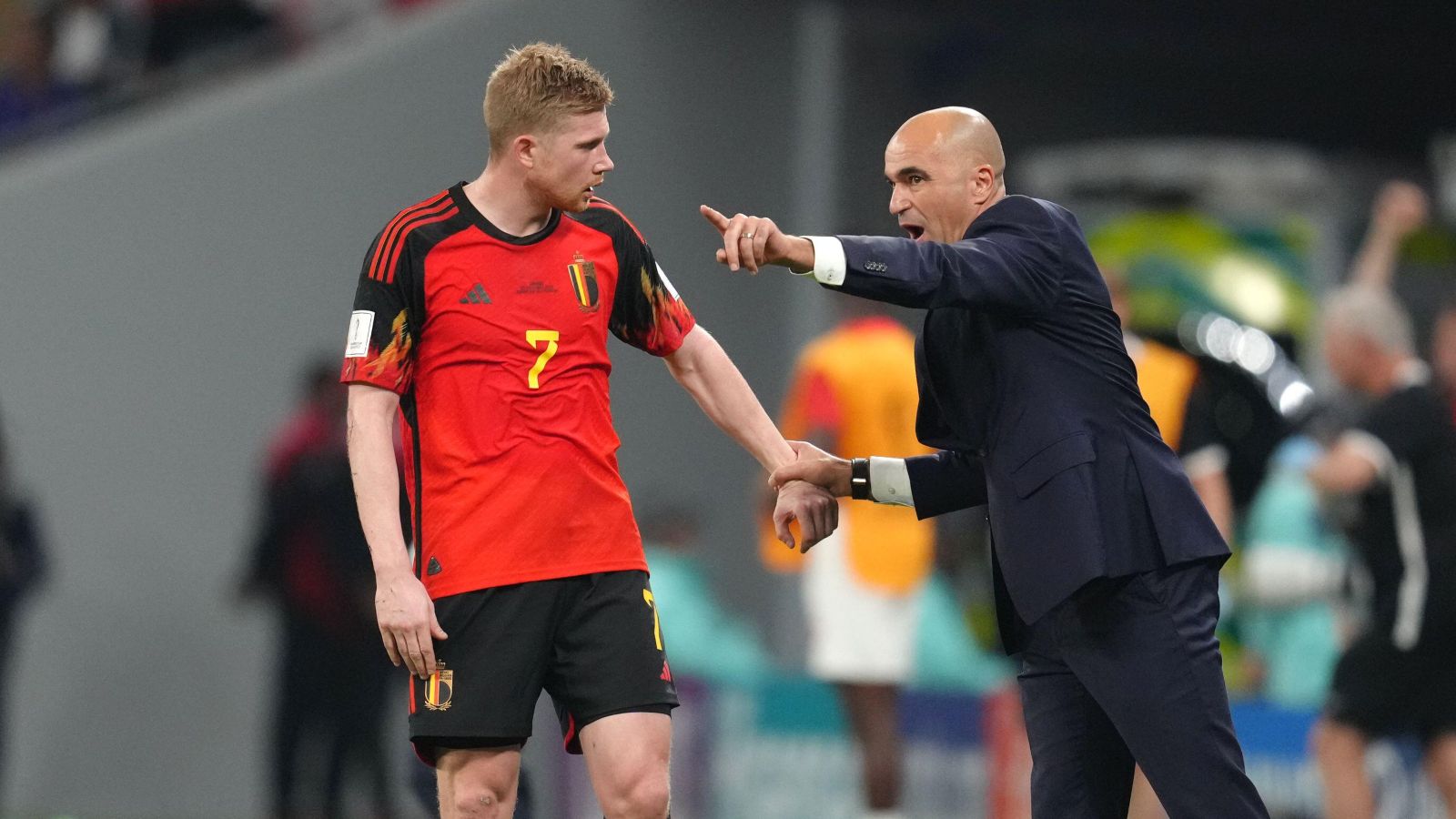 Ex-Belgium boss Roberto Martinez has been slammed for sticking with former Chelsea attacker Eden Hazard following their early exit from the World Cup.

It feels like the end of an era for Belgium. They reached the semi-finals of the World Cup in 2018 and they have spent the past few years among FIFA’s best-ranked countries.

But their squad is ageing, with their defence in particular no longer being up to standard. Jan Vertonghen and Toby Alderweireld kept their place at this tournament despite it initially seeming like the 2018 World Cup would be their last.

Belgium have been one of this World Cup’s biggest disappointments as they exited the competition at the group stages.

They beat Canada 1-0 in their tournament opener but they were second-best for much of the game. Michy Batsuayi netted the winner against the run of play before the break.

The European side were then well-beaten by Morocco as the eventual group winners beat Martinez’s men 2-0.

In their finale, they needed to beat Croatia to go through but they could only manage a goalless draw. Back from injury, former Chelsea and Man Utd striker Romelu Lukaku spurned several big chances to win it.

Reports emerged after the Morocco game suggesting that there had been a bust-up in the Belgium camp.

It was said that Vertonghen, Hazard and Kevin De Bruyne engaged in ‘violent altercations’ and had to be pulled apart by Lukaku.

A fresh report from The Athletic claims that this disagreement was ‘a little less explosive than portrayed’ but ‘there was at least a frank exchange’.

The report also delves into several issues that Belgium had during the World Cup. Martinez’s time in charge is now over as his expired contract will not be extended.

Players did not feel that Martinez should have kept faith in Hazard as the manager was ‘criticised’ for showing ‘too much loyalty’.

Hazard was pretty ineffective in Belgium’s first two games before he was dropped for their final game against Croatia.

One source has gone as far as to say that Martinez was “gutless” not to drop Hazard sooner. Belgium’s players reportedly felt like Jeremy Doku or Leandro Trossard deserved to start over the ‘fading’ Real Madrid winger.

De Bruyne has also received some criticism. He dismissed Belgium’s hopes of winning the World Cup prior to their game against Morocco.

“No chance. We have a good team, but it’s ageing,” De Bruyne said.

“We lost some key players. We have some good new players coming, but they are not at the level other players were in 2018.”

This saw him ‘disparage some of his older team-mates’ and it was a ‘careless’ act which  ‘did not help the relations within what was already an unhappy camp’.

De Bruyne is ‘firmly expected’ to continue playing for Belgium but his best chance of winning the competition may have been and gone as he will be 35 when the 2026 World Cup gets going.

READ MORE: Too old, too sluggish and too much Lukaku; Belgium deserve their early exit