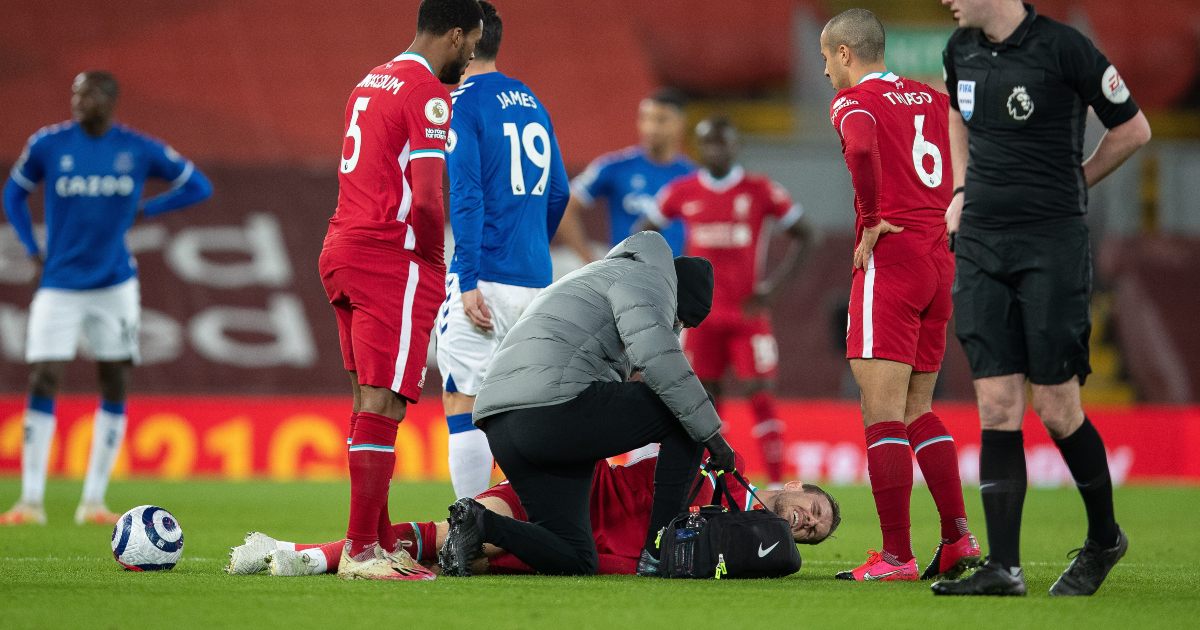 Liverpool captain Jordan Henderson is “gutted” to be facing a spell on the sidelines after undergoing an operation on a groin injury.

The midfielder was forced off half an hour into Saturday’s first Merseyside derby defeat at Anfield in 22 years and further investigation by the club’s medical team led to the England international having surgery.

He will be out for at least a month and, as a result, has been ruled out of England’s World Cup qualifiers against San Marino, Albania and Poland next month.

“Obviously gutted to have picked up an injury but will do everything I can to support the team while working on my rehab,” he wrote on Twitter.

Obviously gutted to have picked up an injury but will do everything I can to support the team while working on my rehab. https://t.co/UG3V89tsV1

Liverpool confirmed Henderson’s lay-off in a statement which said: “Henderson has successfully had a corrective procedure carried out on the adductor injury.

“He will begin a rehabilitation programme immediately.

“No specific timescale is being placed upon his return; however, the 30-year-old is ruled out initially until after the March international break.”

The midfielder’s return to full training will be dependent on how his rehabilitation progresses.

Henderson, who has been playing as an emergency centre-back, joins an injury list which has showed no signs of shrinking for manager Jurgen Klopp this season.

His three senior central defenders Virgil Van Dijk and Joe Gomez (both knee) and Joel Matip (ankle) have all had their seasons ended prematurely while back-up Fabinho is still out having played just one of the last seven matches because of a muscle injury.

James Milner is still sidelined by a hamstring problem, fellow midfielder Naby Keita only returned to the squad last weekend for the first time since mid-December while forward Diogo Jota began full training this week after three months out with a knee problem.