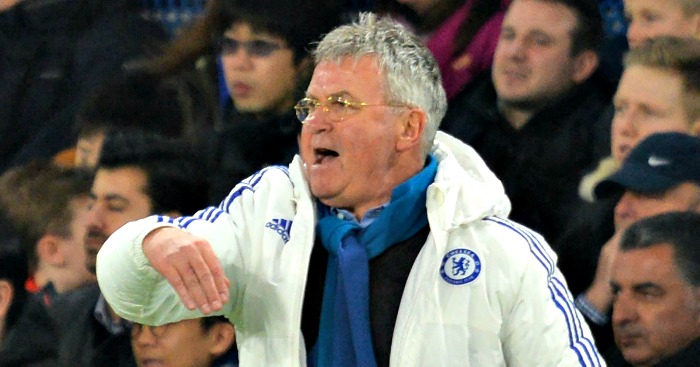 Guus Hiddink feels that Chelsea should make their next managerial appointment a more “transparent” affair.

The Dutchman arrived in December to succeed the sacked Jose Mourinho on an interim basis until the end of the season, but while he has overseen a significant improvement and only one defeat since then, he so far has expressed no intention of extending his reign.

Antonio Conte is reportedly in talks over the permanent position and is expected to leave his role as Italy manager after Euro 2016, yet while there are others also said to be under consideration for one of the highest-paid coaching roles in football, Hiddink is keen for the matter to be concluded.

“I am in favour,” the 69-year-old answered when asked if he would prefer a quick appointment.

“But it’s a personal opinion that when things are done you make it transparent.

“You’ve heard more than I because that’s your job, you have to search around where the rumours are. That’s not my job. I’m just there to prepare for the next game.

“I’m not involved in this so that’s all you can get from me on this issue. Of course this club is searching now and experienced managers they like and there are a lot. It’s up to them, to make up their mind and make the decisions.”

Hiddink has twice joined Chelsea directly from a role in international management, first in the 2008-09 season when he remained Russia’s manager and in December, when he returned to the club having left his role with Holland.

Conte, who built his reputation with Juventus before his appointment with Italy in 2014, would be required to make a similar transition from international management’s slower pace and the experienced Hiddink has explained the unique challenges that entails.

“There are a lot of differences because when you are at a club you have the daily influence as manager on the way of playing, on the behaviour on the pitch, outside the pitch, so you have a lot of influence on a daily basis,” said Hiddink, who on Saturday takes his team to Southampton in the Premier League.

“When you are a national team manager you have players for about four or five days so that’s more difficult to get it as you wish.

“You have your own football language and it’s not perfect of course, but (you need) to go as soon as possible into the football culture of a club or a country.”