Home Chelsea News Hiddink: I’ll only return to Chelsea as a tourist 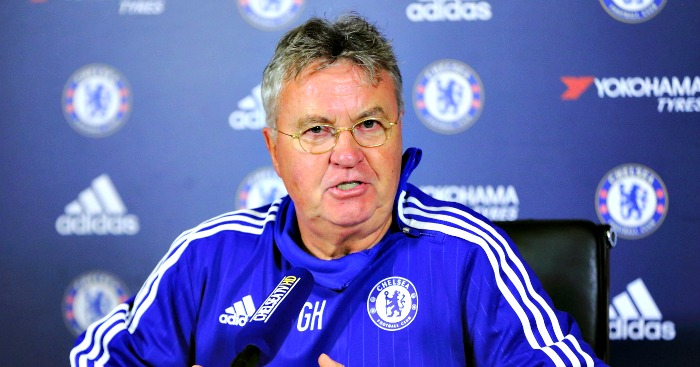 Guus Hiddink insists he is not the man to lead Chelsea into a new era beyond this season.

The interim boss is yet to lose a Premier League game since taking over in December following the sacking of Jose Mourinho.

The champions were languishing in 15th place when Hiddink returned for a second spell in charge but the Dutchman has taken them into the top half and the Blues could climb as high as seventh this weekend.

Chelsea’s resurgence has led to calls for Hiddink to be given the job on a more permanent basis but the 69-year-old is not interested in managing the club beyond the end of the season.

He told his weekly press conference: “I will be now and then at Stamford Bridge and at Cobham as a tourist. I am here for a short period.

“The club has to go into a new, transition is too big a word, but a new era where it is not short spells.”