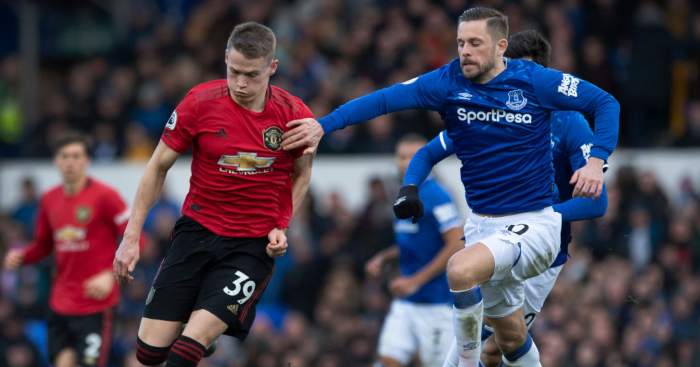 Gylfi Sigurdsson thought Everton manager Carlo Ancelotti was joking when the Italian said he envisaged the midfielder playing a deeper position on a longer-term basis.

The Iceland international, usually a number 10, was deployed in central midfield by caretaker boss Duncan Ferguson in the win over Chelsea the day after Marco Silva’s sacking in December.

When Ancelotti took over a fortnight later it was something he immediately raised with Sigurdsson, who admits a similar request would not have been welcomed had it come a few years earlier in his career.

“I didn’t know if he was joking,” Sigurdsson told evertonfc.com. “Carlo is a very experienced and successful manager and we have a good relationship.

“If it had happened five or six years ago, I wouldn’t have been too happy but as you mature and gain more experience it is a good challenge to play a new position and think about completely different things.

“There are a lot of things I have to think about in games I’ve never thought about before; if we are attacking I have to sit back and make sure we are set up defensively if we lose the ball.

“The things I love are scoring goals and getting in the box, getting on the end of crosses and taking up positions where the ball might fall to you.

“It took a couple of games to get used to something different but I have started to enjoy that position.”