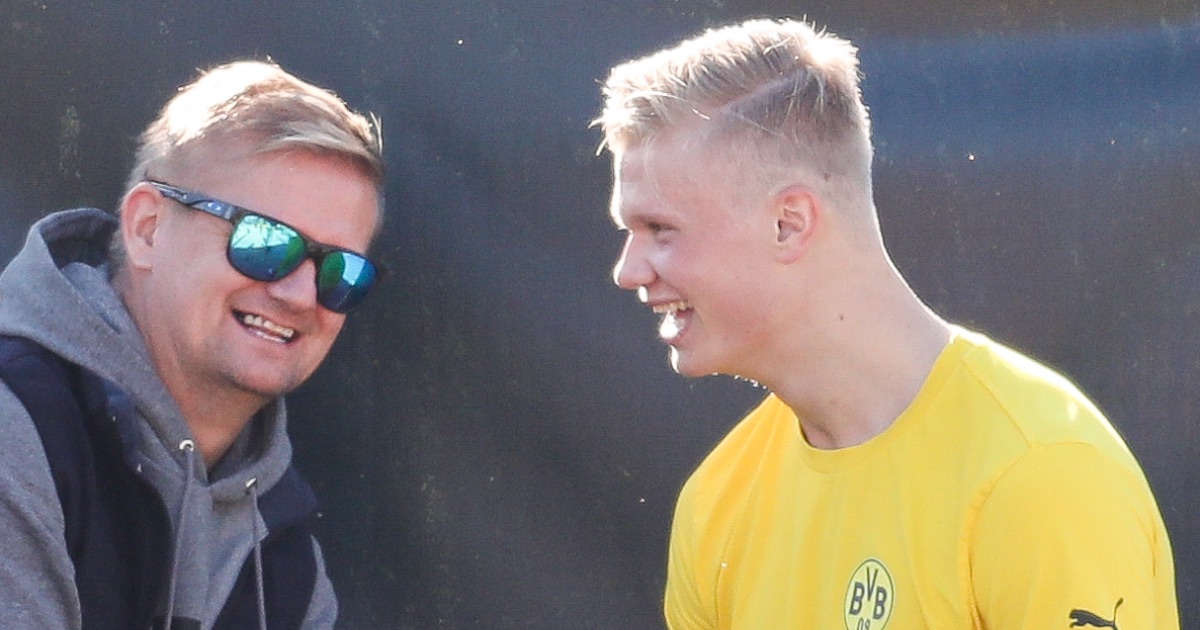 Former Liverpool mifielder Dietmar Hamann has criticised Erling Haaland, his father, agent Mino Raiola and his employers Borussia Dortmund for all their roles in the Norwegian’s ongoing transfer saga.

Haaland has scored a ludicrous 49 goals in 50 appearances for Dortmund since his move from RB Salzburg in 2019, leading to mass rumours of a transfer to a bigger club.

F365 says: Haaland a no-go? Danny Ings is a no-brainer

The speculation has picked up pace in recent days, with Haaland’s father Alf-Inge and Raiola reportedly visiting Real Madrid and Barcelona before further meetings with Premier League representatives in London to discuss the best option for the hottest prospect around.

German outlet Bild reported that Dortmund sanctioned the series of meetings, but Hamann is less than impressed with the club, who he claims “lack leadership”.

“It’s the most important game of the season,” Hamann told Sky Germany after Dortmund lost 2-1 to Frankfurt at home to leave them seven points shy of the Champions League qualifcation spots.

“And you are not able to address this behaviour because you are afraid to upset the player.

“Dortmund should think about why the players are always walking all over them. They lack leadership there.”

Dortmund’s next game is the crunch Champions League quarter-final first leg against Manchester City on Tuesday, which will undoubtedly occur amid further rumours of Haaland’s next destination.

With seemingly every top European club with the wherewithal to land the 20-year-old keen on doing just that, this is a transfer circus that doesn’t look likely to end anytime soon.

And Hamann has criticised Haaland and his representatives as well as his parent club, to whom the German claims Haaland should be more committed.

“The behaviour of Haaland’s father and Raiola is unspeakable, disrespectful, a cheek,” he said.

“Dortmund paid a lot of money for an 18-year-old, he should be happy that he can play there.”

Manchester United are one of the clubs linked with a move for Haaland and Paul Scholes believes his age gives him the edge over Harry Kane, also said to be on United’s radar.

“He’s [Haaland] the best striker out there in the world, without a shadow of a doubt. it’s ridiculous what he’s doing,” Scholes told the Webby & O’Neill YouTube channel. “If you sign him now you’ll get 10 years of him.

“With Harry Kane, at 28, 29, he’s in the peak of his career but you’re talking two or three years as a top-class striker.

“When you get to 31, 32, you probably lose your legs a little bit, start to drop deep as he’s started to do a little bit now actually.