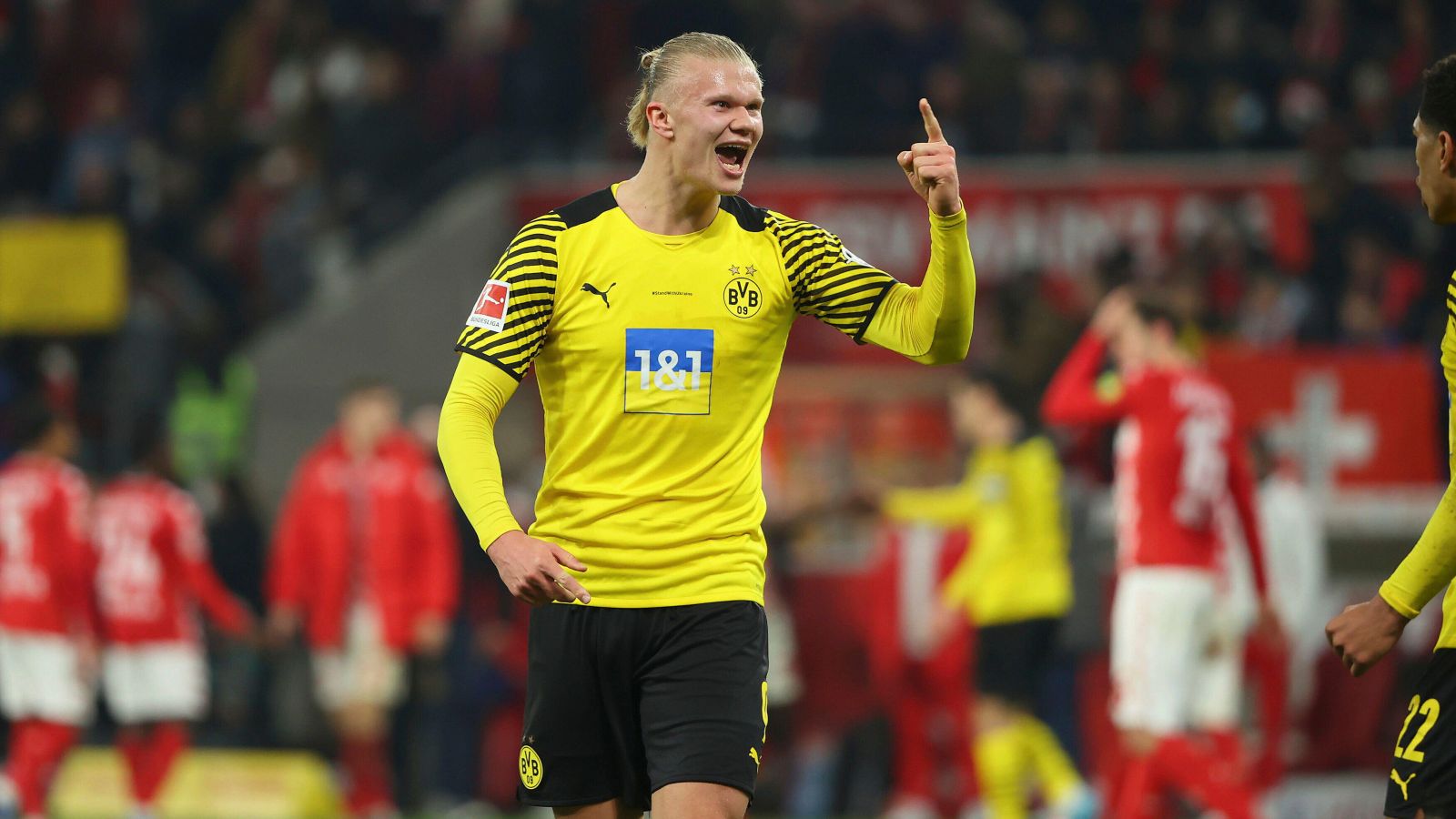 Erling Haaland has reportedly given the green light to make the move to Manchester City this summer.

It was reported on Monday that City had made a ‘significant step’ in their pursuit of Haaland after agreeing terms with his representatives, with a five-year deal expected to be sealed ‘in the next week or so’.

READ MORE: Haaland to City could be sporting and sportswashing triumph

And The Athletic have now confirmed that Haaland has agreed to move to the Etihad this summer.

The report claims the details – the payment to Borussia Dortmund, commission to his representatives and the details of his contract – still need to be ironed out.

City are said to regard the developments as pure speculation and have declined to comment, while Pep Guardiola also refused to be drawn on the rumour.

The 21-year-old has scored 25 goals in 26 games across all competitions this season, and at just £63m – the release clause in his contract – the striker would be a steal in the current market.

City pursued a striker last summer after the departure of Sergio Aguero, with the current Premier League champions eyeing the signature of Harry Kane, but they were unable to persuade Tottenham to part with the England captain.

“I wouldn’t go all out for Haaland. Honestly, I wouldn’t spend a lot of money on him,” Alves said.

“On Mbappe yes, but not on Haaland. I’m playing sporting director, eh, but I’d go for Mbappe first, I think he’s more complete in every aspect.

“If you’re going to make a huge investment, you have to make it in the best. If it was up to me, I’d go for. He’s the best there is, and for Barcelona’s style, at the moment, in football, there is no-one better than him.”