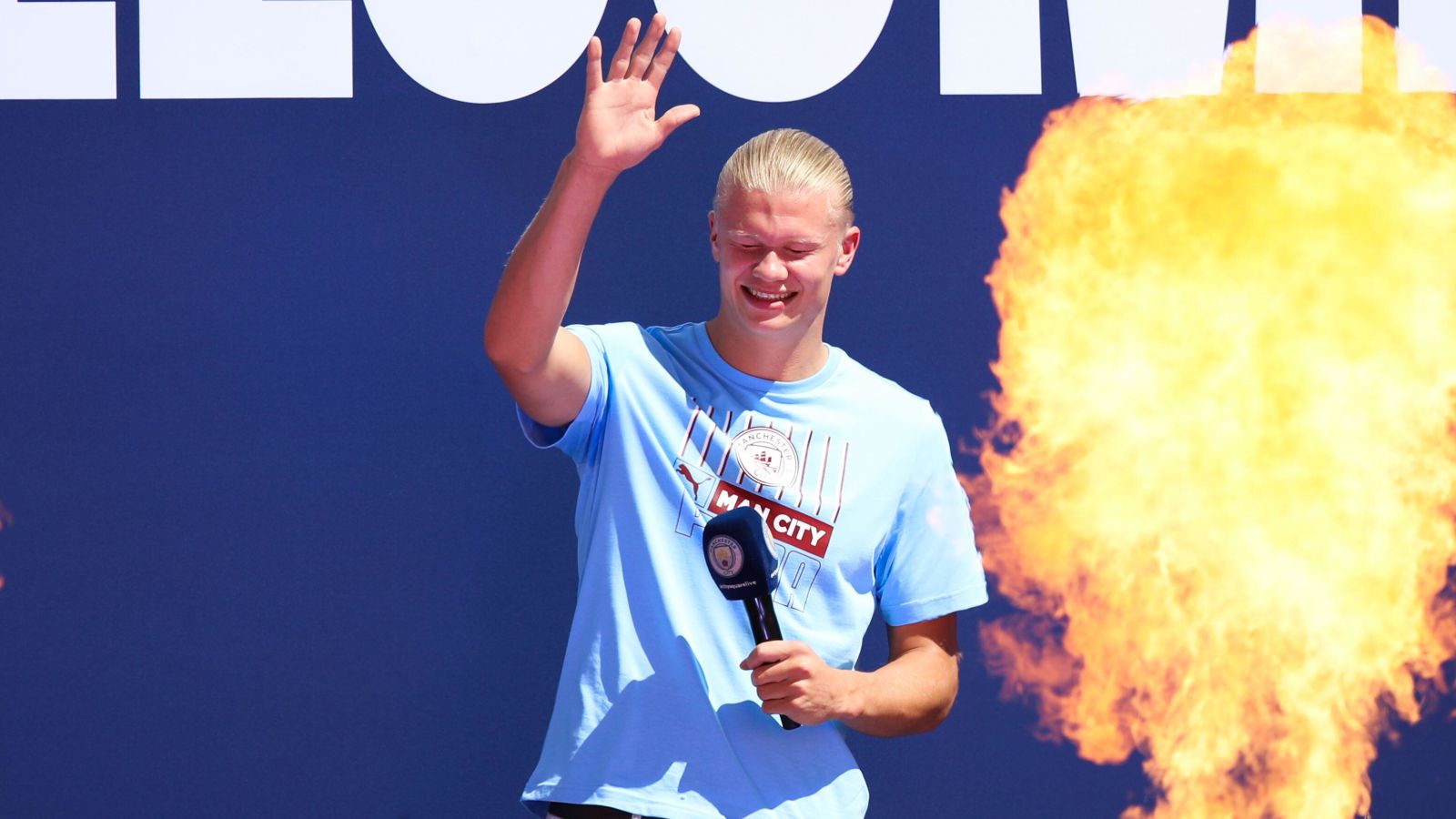 Erling Haaland says new Manchester teammate Jack Grealish ‘has to get better’ despite a ‘good link’ with the playmaker.

Haaland scored his first goal for City to secure a 1-0 victory over Bayern Munich, converting a Grealish crss at the Lambeau Field in Wisconsin.

READ MORE: Every £20m-plus signing ever made by Prem clubs: City, Chelsea vie for top spot…

And the Norwegian striker said he’s enjoying “the vibe” with Grealish but claimed both he and the playmaker “have to get better”.

Haaland said after the game: “As you probably all know I have been watching a lot of City games for the last years and last year has been without a striker so of course I’ve been seeing myself in this kind of situations today.

Asked about his connection with Grealish, Haaland added: “He’s good, he has to get better, I have to get better.

“But it’s a good link and I like the vibe around him so it’s going to be fun.”

Haaland also admitted it “feels good” to finally win a game against Bayern after multiple failed attempts in his time with Borussia Dortmund.

City boss Pep Guardiola said it was “important” for Haaland to find the net but insisted the new signing “needs more rhythm more time” before the champions will see the best of him.

Guardiola said: “He scored a goal, it’s important, these type of balls in front of the keeper always he’s there. The first minutes, he needs more rhythm more time.

“Already had 40 minutes, that’s good for him. We see how he reacts to the niggles he had in previous weeks. When we’re back we have long weeks to prepare for weekend games and this period, two, three weeks we will get the best from him.”

City face Liverpool in the Community Shield at Wembley on Saturday July 30, ahead of their first Premier League fixture away to West Ham on Sunday August 7.