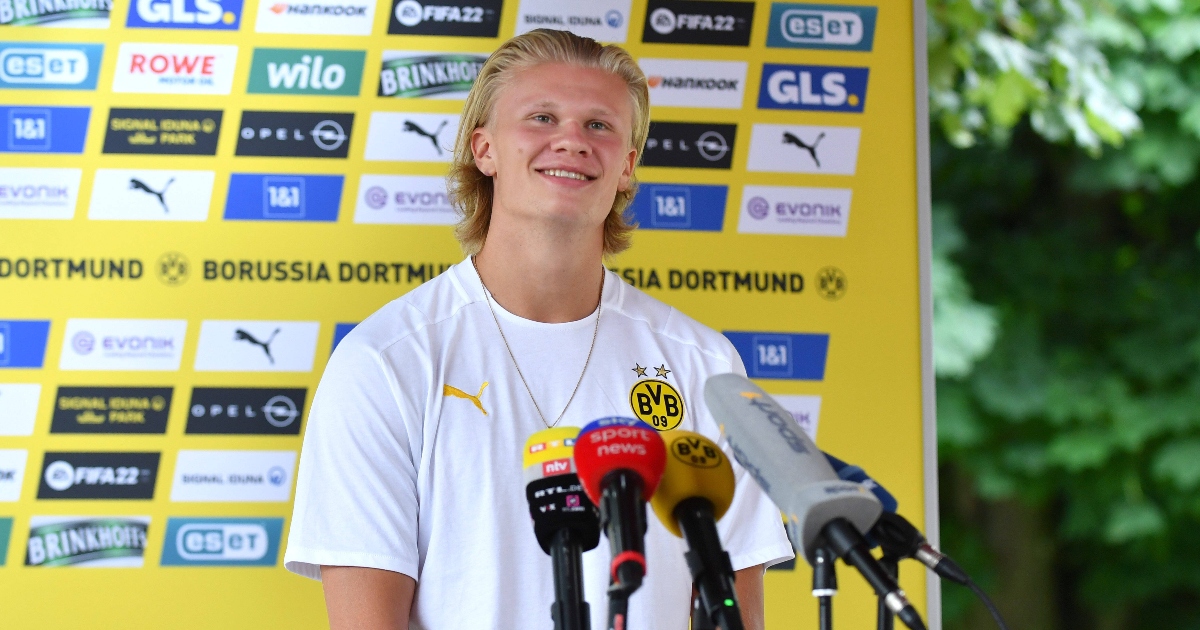 Borussia Dortmund striker Erling Haaland has played down reports linking him with a move to Chelsea, saying he hopes “it’s just rumours”.

Haaland is one of the hottest properties in football and scored 40 goals in all competitions last term.

Roman Abramovich has reportedly given the go-ahead for Chelsea to sign the Norwegian ‘at all costs’ and a £130million bid is said to have been made.

A swap deal has also been reported, with Timo Werner open to being part of a deal that brings Haaland to Stamford Bridge.

However, the 21-year-old has downplayed the Chelsea rumours.

“I don’t really have much to say about this,” Haaland said. “I have three years left on my contract and I’m enjoying my time here (at Dortmund).

Manchester United have also been linked with a move for the Dortmund man and have eyed up the option of a swap deal in order to beat the Blues to his signature.

Anthony Martial’s name has been thrown in the mix to try and tempt the Bundesliga club into a deal with the Red Devils.

United are unlikely to beat Chelsea to signing Haaland if he does indeed come to the Premier League, with their champions of Europe label being very significant in their attempts to lure the striker to the Bridge.

Meanwhile, former Blues star Emmanuel Petit claimed his old side should do everything possible to acquire the Dortmund star.

He said: “I’ll keep it simple…

“Olivier Giroud is on his way out of Chelsea, Tammy Abraham is probably leaving on loan, and Timo Werner is still struggling to score goals consistently and Kai Havertz is not a striker.

“Chelsea need a new striker and someone who scores lots of goals. Erling Haaland is the answer.

“He’s strong, powerful and young with a bright future in front of him.

“Offensively, he could become the finisher that Chelsea really need. “I can imagine his relationship with [Mason] Mount, Havertz, [Christian] Pulisic and [Hakim] Ziyech making him score lots of goals at Stamford Bridge.