Home All The News Did Haaland reject Man Utd because of Ole uncertainty? 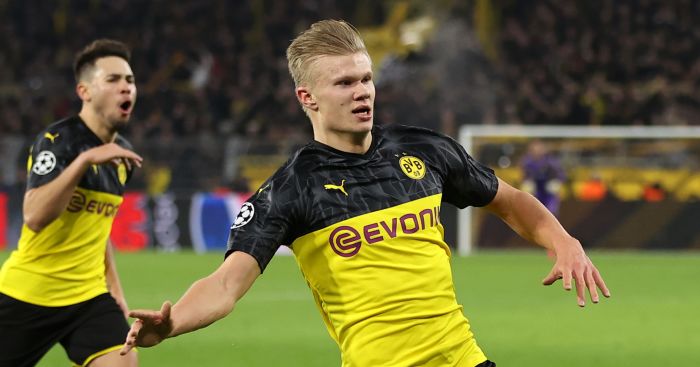 Alf-Inge Haaland has lifted the lid on how uncertainties at Manchester United led his son, Erling Haaland, to opt for a move to Borussia Dortmund over the Red Devils.

United were heavily linked at the back end of 2019 with a move for Erling Braut Haaland, a player Red Devils boss Ole Gunnar Solskjaer knows well following the pair working together at Molde.

Indeed, it was the 19-year-old’s stunning Champions League form and his 16 goals in 14 league games that raised Haaland’s profile and heightened the speculation surrounding his signature.

FEATURE: Why I fell in love with football: Stickers and loneliness

But it was Borussia Dortmund who won the race for the striker, who has scored 12 times in 11 outings for the Bundesliga giants.

Speaking to Norwegian outlet TV2 (via Sport Witness), Alf-Inge Haaland revealed that as well as United‘s struggles, the uncertainty surrounding Solskjaer’s future at the club was also a key factor.

“You never know how it would go in other clubs. It may well have been good, too, if we had chosen a different route,” Haaland’s father said.

“We’ll never get an answer to that. But we are very happy with the clubs he has been in.

“You have to go to a club where the whole club wants you, not just the coach. I think that’s the most important thing, in addition to how the club has been over the last five or ten years and what direction they’ve taken.

“Because it’s dangerous to just sign for a coach, because he can suddenly be sacked.”