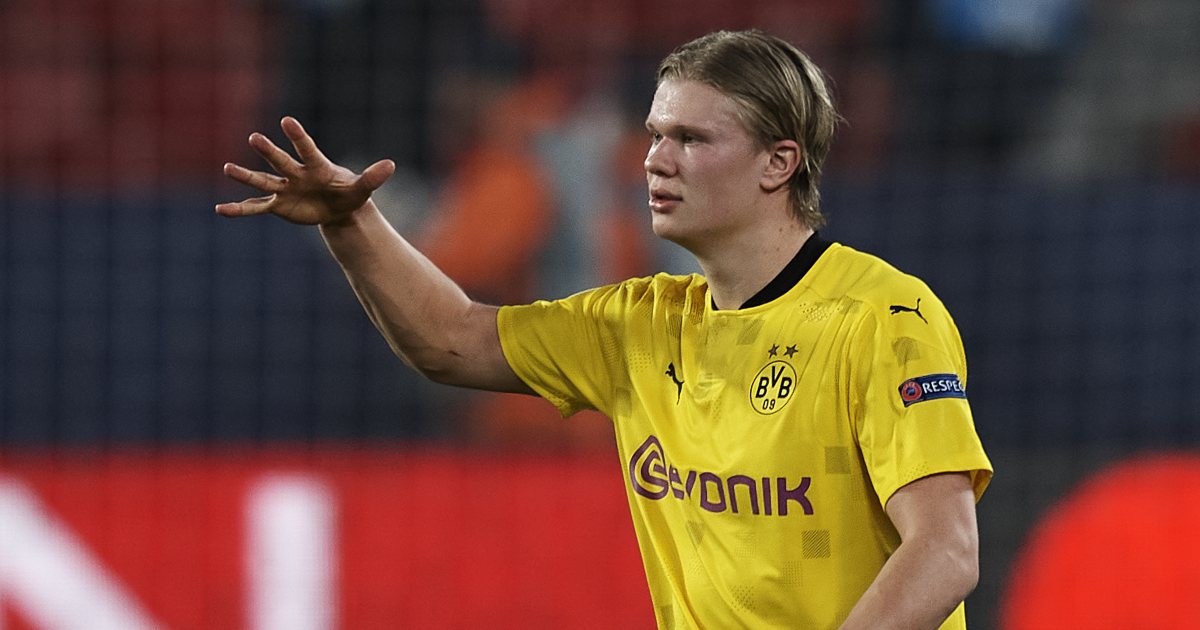 Chelsea ‘have no chance’ of signing Erling Haaland as the striker whittles down the options for his potential next club to six.

The 20-year-old is a reported target of the Blues, along with Liverpool, Manchester City and Manchester United, but is said to have ruled out a move to Stamford Bridge.

Haaland has scored an incredible 33 goals in 31 appearances for club and country this season, with ten European clubs interested and able to sign him, according to Mino Raiola.

But according to Sport Bild, Haaland has now narrowed the potential pool to six clubs, with Liverpool, City and United joined by Real Madrid, Barcelona and Juventus on the list of suitors.

The report claims that Haaland only wants to join ‘an absolute top club’, which apparently leaves Chelsea in the lurch.

The news will disapppoint owner Roman Abramovich who was reportedly desperate to land the Norwegian ‘at all costs’ as part of another transfer splurge this summer.

Haaland’s market value is thought to be around £100million, with an exit clause (that seems to change daily between a low of £70m and a high of £90m) not comining into effect until the summer of 2022.