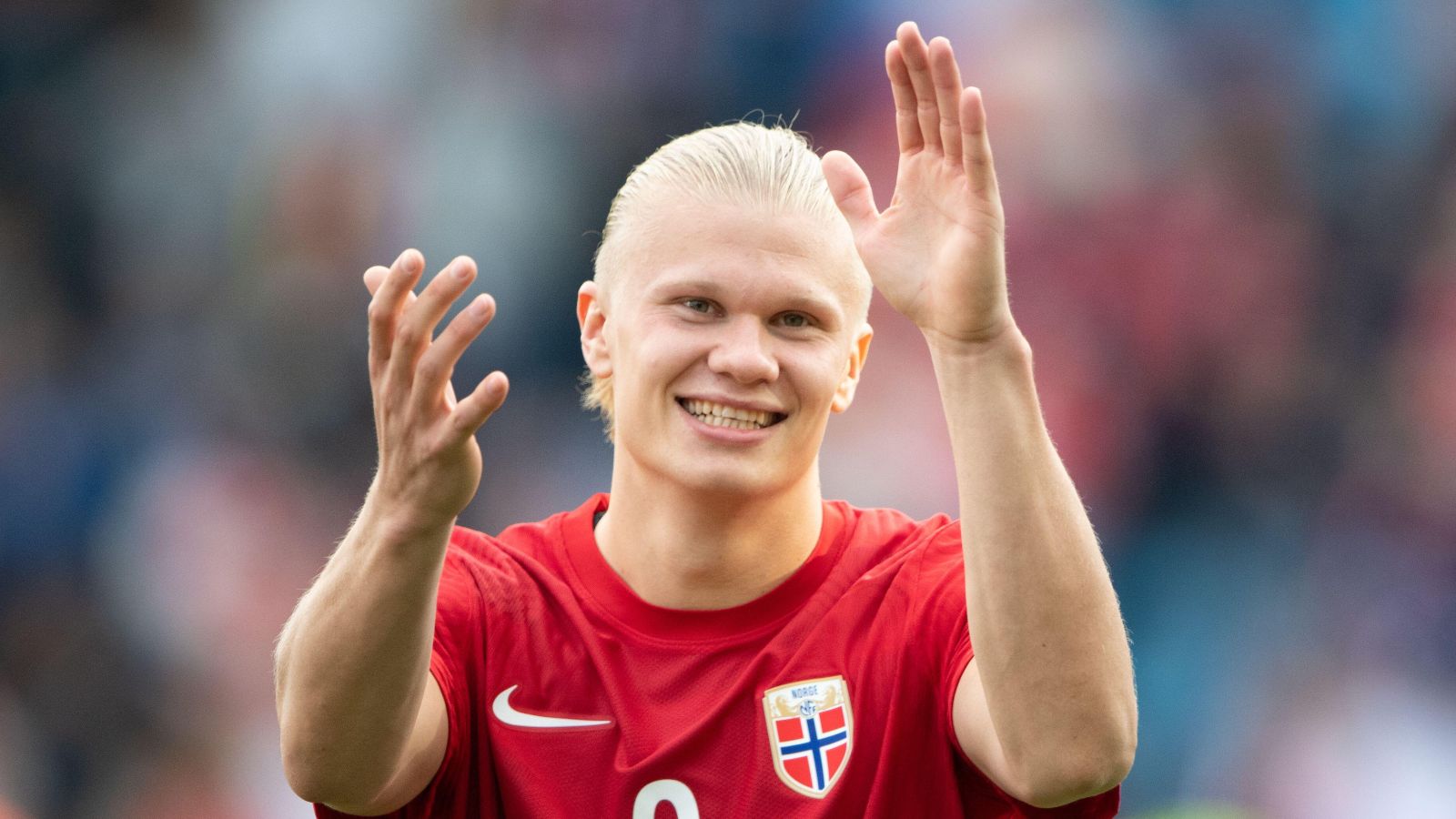 The Premier League champions announced last month that they had agreed a deal to sign Haaland after activating his £51m release clause.

The striker has now penned a five-year deal and he will officially become a Man City player on July 1.

Was the great Jack Grealish a fevered cheese dream? Maybe he only swims as a big fish

Haaland, whose father Alf Inge played for Man City from 2000-03, is regarded as one of the hottest properties in the game after scoring 86 goals in 89 games in two-and-a-half seasons with Dortmund.

Haaland said: “This is a proud day for me and my family. I have always watched City and have loved doing so in recent seasons.

“You can’t help but admire their style of play, it’s exciting and they create a lot of chances, which is perfect for a player like me.

“There are so many world-class players in this squad and Pep is one of the greatest managers of all time, so I believe I am in the right place to fulfil my ambitions.

“I want to score goals, win trophies, and improve as a footballer and I am confident I can do that here. This is a great move for me, and I can’t wait to get started in pre-season.”

The arrival of Haaland ends City’s long search for a specialist centre forward having failed in their attempts to sign Harry Kane from Tottenham last summer.

His first appearances for City could come in pre-season friendlies against Club America and Bayern Munich in the United States next month.

City then begin their next campaign when they face Liverpool in the Community Shield.

City director of football Txiki Begiristain said: “We have been monitoring Erling for several years now, so we are delighted to bring him here to Manchester City.

“He is a huge talent and has been one of the best strikers in Europe over the last few seasons. His goalscoring record is exceptional and his performances at Borussia Dortmund and in the Champions League in particular have proved he can succeed at the highest level.

“Erling has everything we want in a striker, and we are certain he will excel in this squad and this system.

“His rise has been remarkable, but he is still only 21. His best years are ahead of him, and we are confident he can get even better working with Pep. This is a very exciting signing for our club.”