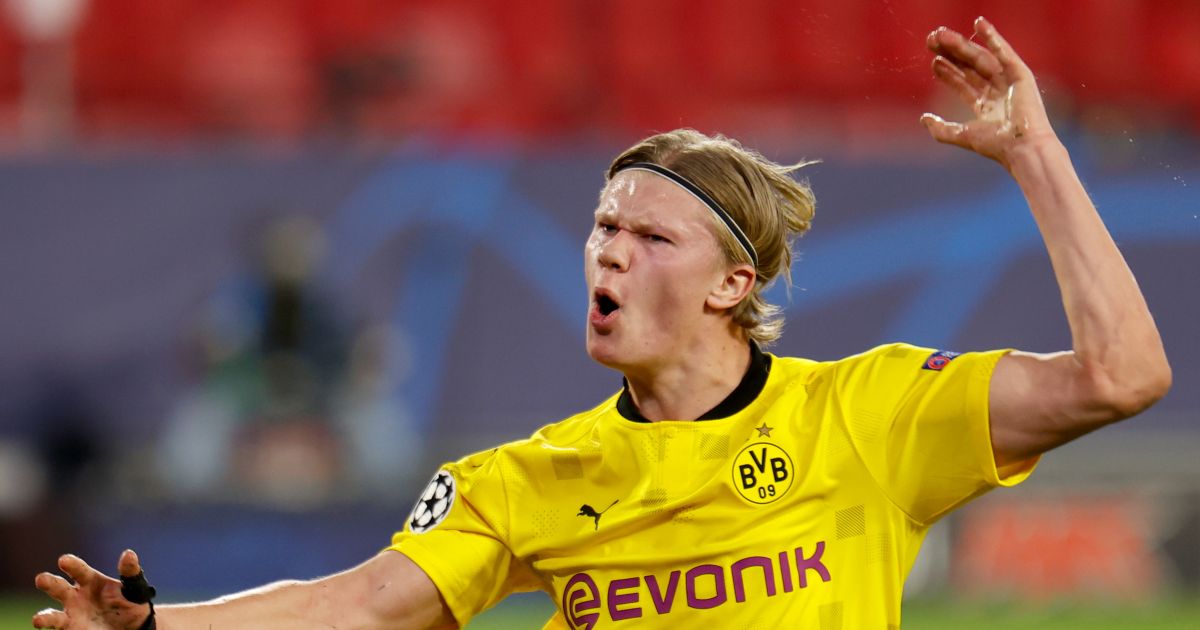 Borussia Dortmund chief executive Hans-Joachim Watzke insists Erling Haaland will be remaining with the Bundesliga side next season.

Haaland has been the subject of widespread transfer interest and speculation throughout this season with Chelsea, Manchester City and Manchester United among the clubs linked with a move for the striker.

The 20-year-old has scored 37 goals in 38 games this season, with his agent Mino Raiola reportedly holding talks with a number of potential suitors.

But Watzke says he too has spoken to Raiola and claims there are is no doubt from Dortmund that Haaland will be leaving the Westfalenstadion this summer.

Speaking to Sport1, Watzke said: “I’ve known Raiola for a long time and get along well with him. It’s no problem for us.

Raiola has spoken of Haaland’s “obsession” to win titles.

Raiola has dismissed the claims from Real president Florentino Perez that nobody can afford Haaland’s reported £150m price tag this summer, saying: “I believe yes. I think everyone can afford it. But the question is another: can Madrid afford not to buy Haaland? And the Barça?

“It’s complicated but not impossible. That is the job of a club leader. It is the same for the clubs as it is for the players. A train passes and what do you do, you take it or you don’t take it. And that’s the big question. All the greats want him.”